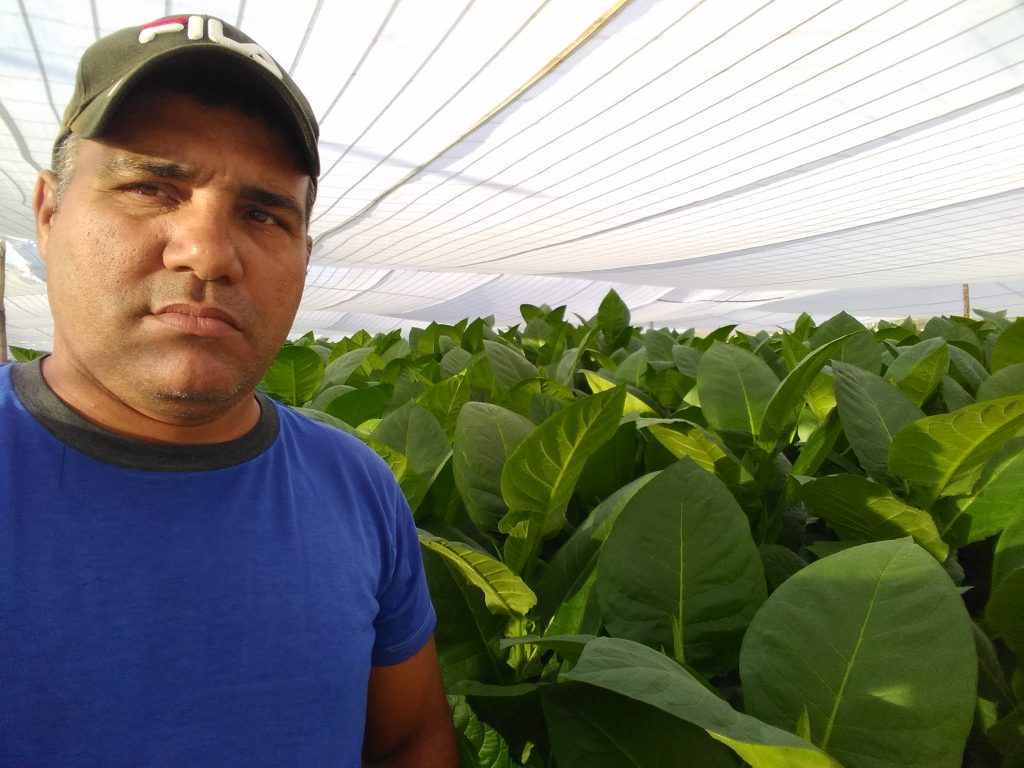 HAVANA TIMES – I live in the Guayabo community, in the valley of the Mayari river. This emblematic river cuts the valley into two, almost through the middle. I live on the south-western side, which is the more densely populated and developed part, as the municipality’s capital city is also found here. Both sides, the valley and the city share the river’s name.

Located on the city’s outskirts, the difference between this farming area in the valley and the other is that here meadows are subdivided and full of family houses, and on the other side, farms are bigger. They almost all became State property with the Agrarian Reform and have been leased out to private farmers, for over a decade now.

Land everywhere here is excellent for tobacco farming, but there are more prominent plains that others. Sandy and sandy/semi-clayish plains on the riverbank especially, because they produce a softer, silkier, dark colored tobacco leaf, which is easy to light and makes extremely white ash. It’s one of Nature’s mysteries, but it’s been proven that the closer land is to the Sierra Nipe, especially towards the slope of the Colorado stream, the poorer the quality of tobacco plants, as they burn out and produce a darker ash.

However, all of Guayabo is excellent for our famous tobacco plants. Everything is linked to tobacco farming here, as it’s the main source of income for a large part of the population, both directly and indirectly. The bodega rations store is called La tabacalera, at school there is a lot of interest in tobacco; the cooperative receives 90% of its income from tobacco sales from its members and the thousands of women and men who work in growing and harvesting it for four or five months out of the year, most people.

It has been planted here since the 18th century, or so we’re told. There is a long-standing tradition, although techniques have changed. The oldest farmers tell us that “the entire plant” was harvested up until the 1940s. Two entire plants were tied up to each end of a damp yarey palm hook and then they were hung off a wooden cuje (drying rack) or pegs that were fixed to the palm thatched roof.

However, two brothers from Vueltabajo, Pinar del Rio, from the Rodriguez family, moved to the area and introduced a new harvesting method: “by the arm”. Using a knife with a curved tip, they cut the plant into three parts and rested the leaves on the “cutter’s” arm, who then intertwines them and expertly places them in the cuje (drying rack). It quickly became a widespread practice, as it was a great breakthrough.

In the ‘90s, another technique was introduced by the state-owned company Tabacuba: “the string”. This is the most complex, but it has advantages when it comes to looking after layers and for collecting it once dry. This technique is only used for tobacco plants covered by fine layers for exports.

Planting areas also changed. There used to be 85 cm between each furrow. Now, it has to be done in a double row, where furrows are 50 cm apart and there is a middle street 90 cm for cultivating. It’s a more productive method.

Many families have increased their livelihoods thanks to tobacco farming, at least from October through to March. It creates plenty of jobs. People make plans with this potential revenue. Housewives become “tobacco stringers” and earn 60 to 100 pesos per day, depending on their skill. The youngest members of the family collect leaves or prune the buds that sprout, and once a week they have to literally shake the cujes (sticks placed horizontally on supports for hanging tobacco).

which are curing the leaves once a week, so they don’t stick to each other and lose quality.

Beyond the problems that farmers regularly face, the long dead period between harvests for workers, the lack of protection measures and health risks associated with the use and abuse of tobacco, it’s a magic plant for us, it forms part of us, our idiosyncrasy.

While smoking and inhaling its smoke is the most widespread use of tobacco, it also has different medicinal uses.  If you have a wound or tumor, we put a tobacco leaf on top of it with some kind of ointment. If you have a headache, we use a tobacco lead with tallow or menthol. We chew on dry tobacco leaves if we have wisdom tooth pain. And so on.

In short, I grew up in this community among tobacco furrows, helping my grandfather or my father on their plots. Yes, I went to university and became a biologist, and now I’m an independent journalist. But I have never been able to break free from my roots and I ended up planting tobacco in order to survive. Of course, I also did it to enjoy the magic of watching my plants grow day after day. It’s a marvellous experience, there’s no doubt about it.