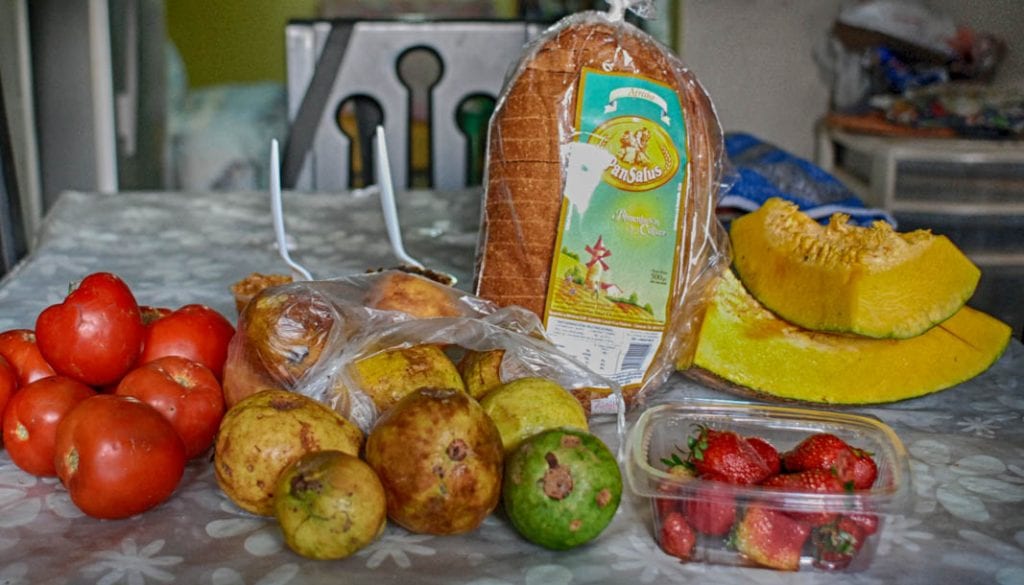 HAVANA TIMES — The last bit of soap falls from my hands into the sink hole and I say a few curses under my breath, without being in too much of a bad mood, because I’d used the last bit of my annual quota of grief the day before.

In the photo I show you the reason for my exaggerated worry.

These five products (in which I haven’t included about 300 grams of cat food) are the result of 15 days of work. That is to say, with around 8000 Bolivars, all I could buy was a piece of squash, a bag of bread, a kilo of tomatoes, a kilo of guavas and a kilo of strawberries – these are the cheapest fruits they’re selling where I live.

The first fortnightly payment this month, working for the government – a job I got last February – is less than the second fortnightly payment which includes food coupons.  However, since last month, we’re finding it harder and harder to live off of this salary to make at least two meals a day, that is to say, breakfast and dinner.

The big question is how are we going to survive the next 15 days with just these five products, plus half a carton of eggs which we have left over from last month and half a kilo of corn flour which we’ve been saving for weeks now. We’ve also got a kilo of black beans saved up and a couple of pounds of peas which I brought back from Cuba. However, I’m afraid to use them up. 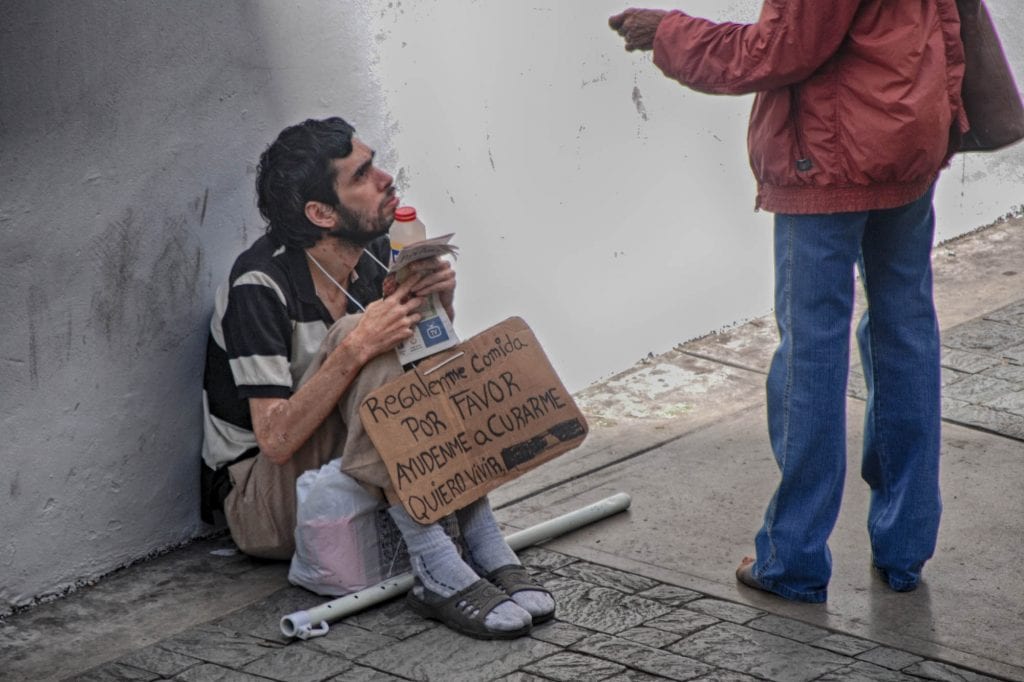 Obviously, with this level of concern for bare survival, I haven’t included toothpaste, soap and sanitary towels, the last of which I haven’t been able to get a hold of since last year.

Near my work, I’ve started to find people of all ages begging, looking through the garbage and children asking for food. If it’s becoming nearly impossible for two, healthy adults, without children (only a cat) to feed themselves properly, what can old people hope for, whose pension doesn’t include food coupons; and the majority have to spend most of their money, to not say all of it, on medicines that many of them need to take?

The government has announced that there will be an increase in food coupons and, as is to be expected, prices of all food items and basic products continue to increase distressingly, whenever they appear… The government and main opposition parties continue to put on the show that there will be a referendum even though it isn’t convenient for and doesn’t interest either of them. Thousands of public sector employees will soon be cut as a result of having signed in favor of holding a Recall Referendum.

Meanwhile, Maduro insists on paying off the country’s external debt, and refusing medicine donations from abroad to help the Venezuelan people, warning that, in the face of a coup d’etat, he will react a lot harsher than the Turkish President did just now in the face of the recent military coup in Turkey.

And I ask myself, would he consider unarmed people taking to the streets a coup d’etat? Whenever there’s the slightest protest here, the National Guard, Police and militant grassroots “colectivos” groups are sent to repress not only the people, but also and especially reporters.

Meanwhile, I cut a piece of squash into two and my cat watches me from the balcony, wishing weyd give her the freedom to go out and catch little birds.

6 thoughts on “New Times in Venezuela”