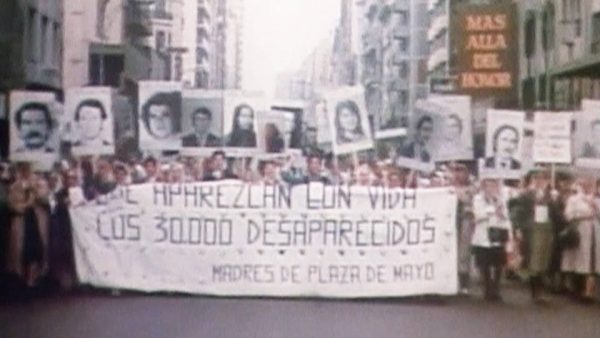 HAVANA TIMES – In Argentina, thousands marched in Buenos Aires Wednesday to mark the 45th anniversary of the 1976 coup that ushered in a bloody U.S.-backed dictatorship, under which as many as 30,000 people were killed and disappeared. Lita Boitano is the president of Families of the Disappeared and Detained for Political Reasons.

Lita Boitano: “What I am feeling is that I never felt my children so close like this year. My children are part of the 30,000 disappeared. They are part of the group that are never named or that are barely named, the more than 10,000 political prisoners, the thousands killed by the genocidal dictatorship.”

The National Security Archive has revealed new details about how the U.S. government was in direct contact with the coup plotters in Argentina prior to the overthrow of Isabel Perón’s government on March 24, 1976. Declassified documents show then CIA Director George H.W. Bush briefed President Gerald Ford on a “possible” coup almost two weeks before it happened.

The U.S. government also told the Argentine military in advance that it would recognize the new regime. At the time, the State Department was privately acknowledging a coup would lead to “military rule for an extended duration and of unprecedented severity.” The U.S.-backed dictatorship in Argentina would continue until 1983.