Firings, threats and smear campaigns from the Ortega camp 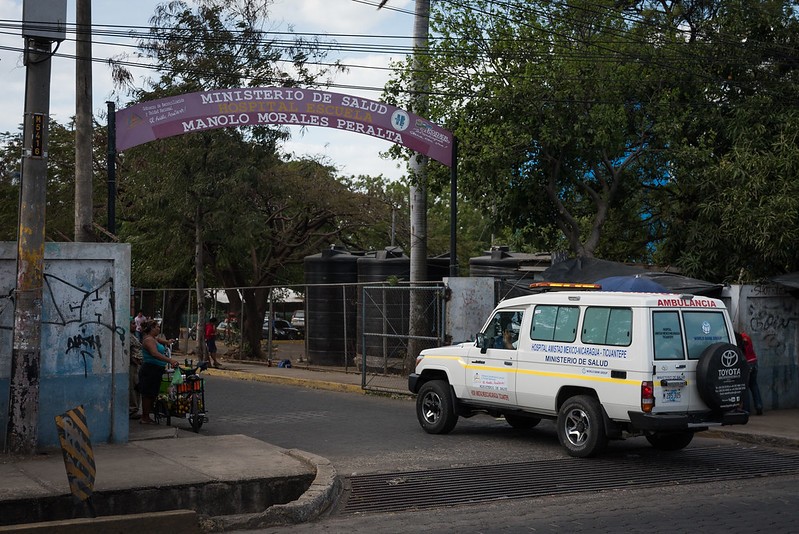 Independent Medical Associations denounce the smear campaign against them after they called for a voluntary quarantine to slow the contagion from COVID-19.

HAVANA TIMES – Members of the independent medical associations that, given the inaction of the Nicaraguan Ministry of Health (Minsa), proposed a voluntary quarantine to slow the spread of COVID-19 in Nicaragua, now complain of “a campaign” being waged against them.  They assert that the campaign is an attempt to “discredit them” and “throw over the cliff” the work that they’ve been doing for the last few months. This work that has made them a national point of reference.

The “campaign” began this past weekend with a pair of videos in which two doctors accuse the associations of having included their names in a list of those who died from COVID-19 and threatening to sue them.  In both videos, which have been disseminated over social media and through the government propaganda outlets, the doctors limit themselves to complaining about the affront against them. They never even mention the disease that the Ministry of Health claims has caused only 55 deaths and 1,354 confirmed cases up until June 9.

In the same vein, people linked with the Sandinista Party have spread the rumor on social media that the medical associations “want to destabilize the government”. Despite the lack of resources in the public hospitals of the country, they call on the population not to accept any of the medical supplies the Association is distributing, because they are infected by COVID-19.

A doctor belonging to these associations and who also is on the front lines of the battle against COVID-19, regretted the fact that some health professionals are trying to “undercut the real information” about the death of some of their colleagues. These people “filter erroneous information”, to cause the associations to look bad. According to the last report of the independent monitoring group “COVID-19 Citizen’s Observatory”, forty-eight health workers had died from the COVID-19 virus.

On the other hand, the source warned that refusing medical supplies can have “a boomerang effect”, because as the infection rate rises, the public employees themselves will be “the ones to demand those materials, that can make a difference between life and death.”

In Nicaragua, the health system is “impoverished”, “vulnerable”, and “politicized”, emphasizes the doctor. That’s why some doctors have anonymously denounced the seriousness of the pandemic, while the government tries to minimize it. However, COVID-19 could also leave behind “a wave of firings” in Minsa, as occurred in 2018 during the April rebellion.

“Unfortunately, in Nicaragua, there’s no Physician’s Law. Health care has been politicized, and those directing the hospitals are people loyal to the [governing] party,” the doctor explained. The firings and threats to the health workers who dare to make denunciations “are a reflection of the fact that in this country political interests prevail over science,” the doctor continued.

Reprisals against the doctors

“Let’s recall that this government relies on lies, conspiracy, in trying to discredit people. This is a campaign that has been expected since Dr. Carlos Quant was fired, simply because he, as an infectious disease specialist, was offering precise information about the pandemic,” highlighted Nunez.

Despite the hostile atmosphere, teams from the Medical Association have distributed medical supplies over a large part of the national territory, according to Nunez.  The supplies they’re distributing have been made possible by donations from private companies and non-governmental organizations. Up until now, no health worker has refused their aid.