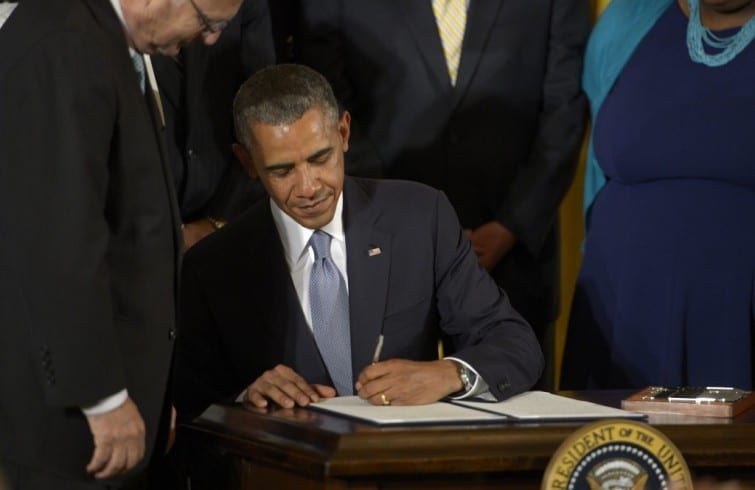 HAVANA TIMES — At some point in the near future, before September 14th, a request to renew the Trading With the Enemy Act – the legal foundation of the US blockade on Cuba – will be laid on Barack Obama’s desk.

This is the 1917 statute invoked by John F. Kennedy in 1962 to set up the economic fence around Cuba which has been renewed, year after year, by the nine subsequent US presidents, including the current one.

The political context is now very different and the US leader now shoulders the weight of a decision that will define the course of the most controversial aspect of the normalization of bilateral relations.

At around this same time in 2014, the US president had already ratified the old document, but, in 2015, he’s taking his time with things. He may postpone the decision to the end, as, on September 11, the bilateral commission announced by Bruno Rodriguez and John Kerry during the reopening of the US embassy in Havana will meet for the first time.

Several political analysts in the United States have been debating on the contradictions and risks inherent to the renewal or suspension of the law applied to Cuba by the US president.

At first glance, it would seem that, if Obama wants to be true to his initiative, he should let the law expire. After all, he’s been insisting that Congress lift the embargo for eight months. Removing one more obstacle from the way would seem a logical step.

Lawyer Robert Muse (expert on US legislation on the island and an advisor with 25 years of experience) points out that Obama would be playing something of a “dangerous game” politically if he allowed the law to expire.

According to Muse, this statute is the only one that grants the president executive powers to relax the Cuban embargo and that, without it, the legal framework approved by Congress would be the only one capable of dictating the United States’ legal obligations with respect to the island.

This framework includes the Foreign Assistance Act (1961), the Export Administration Act (1979), the Torricelli Act (1992), the Helms-Burton Act (1996) and other juridical norms approved to give the embargo a “legal” foundation.

What would Obama lose by repealing this law? According to Muse, it would mean the expiration of presidential faculties for the modification or relaxation of the sanctions applied today through licenses issued by OFAC and other mechanisms. The option of allowing travel to Cuba through general licenses – one of the mechanisms being used to erode US hardline policies vis-à-vis Cuba today – has to date been in the hands of the executive. Each new group of US citizens who travels to Cuba will help impel changes back home.

Without this law, Muse says, US regulations would go back, word by word, to what they had in March of 1996. This means that the Helms-Burton Act would become federal law and would annul all modifications to the embargo since 1996, including the recently approved licenses for travel to Cuba and person-to-person exchanges.

Faced with this dilemma, the expert concludes, Obama could easily renew the law and tell public opinion that he is simply renewing his own authority. This, however, would subject Obama to a difficult situation, and, till recently, he was considered a weak and inconsistent president devoid of initiative.

There’s no consensus among political experts and analysts. If anything, we are seeing more petitions: a president who has finally decided to stand up to Congress and push forward his own initiative, a legacy, should not play the pragmatic game and impel any of the many alternatives at hand to undermine the “blockade.”

This is Obama’s first opportunity since December 17th of last year to revoke an instrument that is even more outdated than the Cold War policies hereto applied to Cuba.

4 thoughts on “Obama at a Crossroads with Cuba”