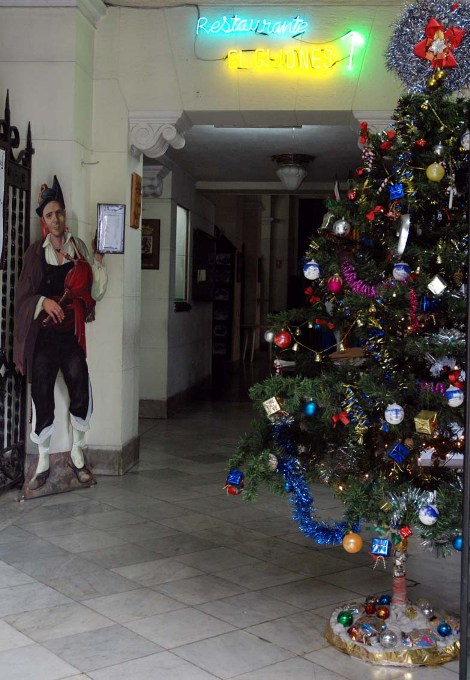 HAVANA TIMES, Jan. 20 – Evidently the Cuban dissidents are not resentful people; they have just met with the chief US diplomatic on the island, Jonathan Farrar, despite the fact that he was “exposed” by WikiLeaks for belittling them in secret cables he had sent to the US State Department.

The diplomat didn’t come alone; he was accompanied by the Department of State’s principal deputy assistant secretary of Hemispheric Affairs, Roberta Jacobson, who arrived in Cuba at the head of a delegation to discuss the development of immigration agreements.

But, for what it was worth, what Roberta did least was talk about immigration.  Instead, she met with the majority of the dissidents, including leaders of groups, independent objectors, the Ladies in White and the Cuban Commission for Human Rights.

The meeting took place in the US diplomatic headquarters in Havana, and it gave the Cuban Foreign Relations Ministry the opportunity to issue an official communiqué in which it accused the White House of once again acting as the “mother” of opposition groups.

But all this was no more than fireworks to keep the Miami grandstands distracted during negotiations around Washington’s first order of business: the release of US American prisoner Alain Gross, who has been held in Cuba for more than a year.

That was the big issue for Ms. Jacobson, who mentioned the “contractor” and demanded his immediate release almost every time she spoke, though Cuban authorities seemed completely deaf to the American’s demands.

Despite the evident resemblance, they don’t want to believe the US claim that Gross is a kind of a Santa Claus who came in December loaded with gifts for Cuban Jews.  They reply that people of the Jewish faith don’t celebrate Christmas and that the leaders of that community swear they didn’t know the contractor.

The Cubans did their homework on Gross

It seems the astute communists have researched the work record of this “patron” and discovered that for many years he had been delivering “gifts” around the world, always in countries that were enemies of the United States.

That’s why Roberta cannot be blamed.  Not even Assistant Secretary of State Arturo Valenzuela was able to get the Cubans to back down, despite him tossing them the “bait”: the improvement of bilateral dialogue through the freeing of Gross.

“Undoubtedly this complicates a conversation with the Cuban authorities,” stated the Department of State earnestly.  However this makes one wonder which conversation they’re talking about, since for dialogue to get more complicated or to improve, it’s first necessary for it to exist.

The problem is that the economic embargo on Cuba also has a negative side for the US in that it has burnt all of Washington’s bridges, leaving it with no mechanisms to coerce Havana, except for the one of invading the island militarily.

In any other Latin America country they would have the buttons to push or the levers to pull – from bilateral trade, family remittances and US tourism, to the close relations with local military leaders.

Despite everything, President Barack Obama continues with the same line of his predecessors: He assures that with the economic embargo he has a “lever” that will enable him to move Cuba in the direction desired by the White House.

We’ll have to see how he does this, because Gross has now been in jail for 13 months and there are no signs that he’ll be leaving soon.  For one moment last year many people believed that an agreement had been reached, but seemingly it all came to nothing.

In my neighborhood the rumor is going around that the negotiations failed because in Cuba it was announced — with much fanfare — that the return of the five agents imprisoned in the United States was imminent, with that being a trumpet call so that the anti-Castro lobby would push in the opposite direction.

In any case — with or without pressure — the White House will negotiate for its man and we’ll only have to wait to see how much it will give up in exchange.  For the time being, an atmosphere of “greater understanding” can be noted in bilateral relations.

They have now allowed Western Union to send dollars to Havana, loosened restrictions on academic travel, authorized flights to Cuba from any airport and have increased the permissible amounts of family and institutional remittances.

The dissident Marta Beatriz Roque assures that all this is a product of negotiations around Gross.  For me this has been difficult to confirm, but in any case we’ll remain attentive in case one of these days we wake up to find that this Santa has taken his sled and left.

In that instance, people won’t have to be concerned that he brought presents only for the small “Jewish community” on the island, because when he finally goes he’ll be leaving behind gifts for all Cubans.

An authorized Havana Times translation of the original in Spanish published by BBC Mundo.