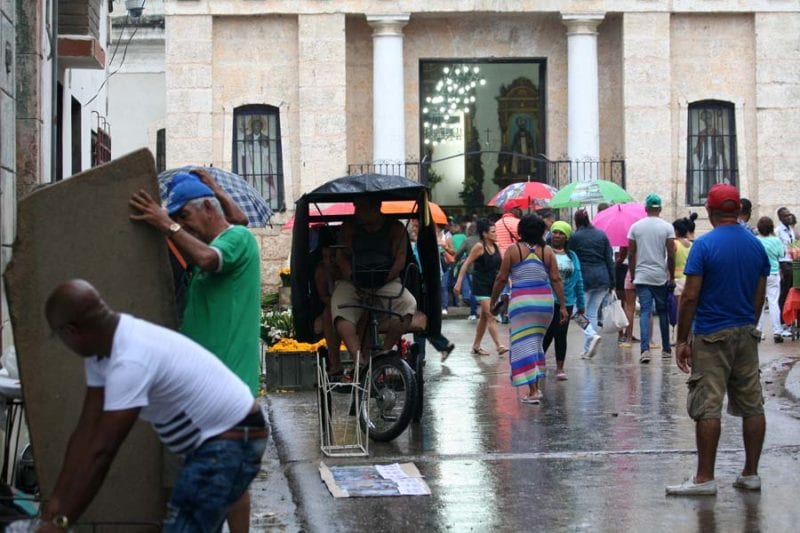 HAVANA TIMES — Religious faith accompanies many Cubans in their wish to resolve urgent problems in every household across the island. This is why, in the surrounding areas of the San Judas and San Nicolas Parochial Churches, located in Central Havana, a never-ending stream of people come throughout the year to consecrate their faith to the saint who is considered the Patron of difficult and desperate situations.

Finished in 1857, the Parochial Church’s neoclassical style, surrounded by buildings which communicate urban abandonment, gathered not only the devout on the saint’s day which is celebrated on October 28th, but also people looking for hand-outs which would give them their meal for the day, others did well selling flowers, stamps and green candles, while the rain didn´t stop people from coming and going to the Parochial Church´s small square.

The Parochial Church embraced Christian Arab immigrants in the second half of the 19th century. They established themselves in neighboring areas and used to take part in the church’s religious services. 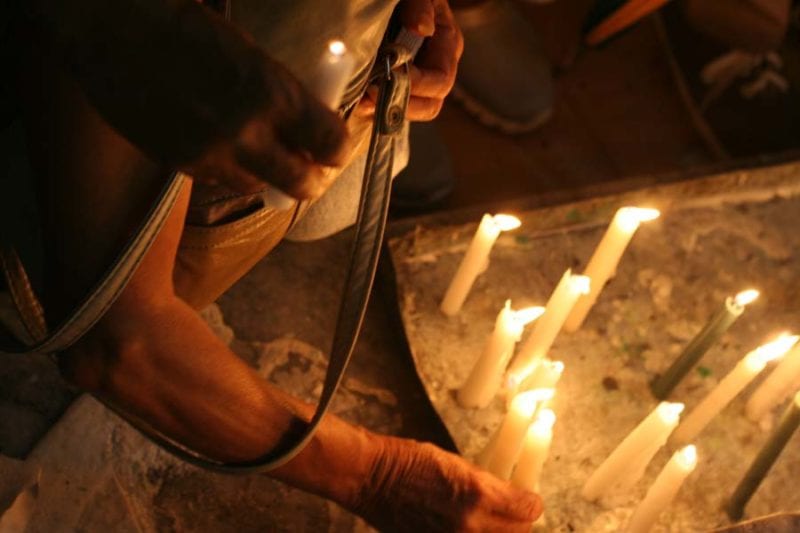 San Judas Tadeo was one of the twelve apostles, he has the surname Tadeo to differentiate him from Judas Iscarote, the traitor. Devotion for this saint blossomed in Europe in the Middle Ages, in the 16th century, his prayer was recited at times of suffering or when we feel completely helpless. It was passed down to us as part of our cultural inheritance from Spanish colonization.

In Afrocuban religious syncretism, he isn’t very well-known. According to santeria followers, he is the embodiment of Abbata, the nurse who accompanies Inle, the divine doctor. He is associated with hospital workers; for others he is a path towards Oggun. The truth of the matter is that his veneration attracts many people to the small enclosure where you can find the most famous image of this saint in Havana.