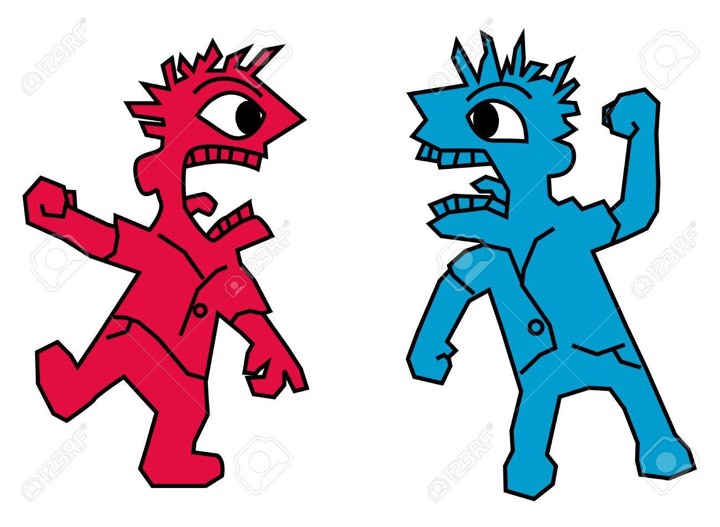 HAVANA TIMES – If a Cuban living in Cuba harshly criticizes the Government, they are considered a counter-revolutionary. If they also target the US, many of their supporters begin to look at them suspiciously. They might even insult you for being State Security, and even label you a Communist.

The answer to this enigma lies in both of these attitudes. With Barack Obama and Raul Castro’s speeches back in March 2016, a stampede of US tourists came filling hostels, hotels, and even garages turned into rental apartments on the island. Chanel, Hollywood and the Rolling Stones all passed through here.

The US government made Cuba trendy. People became filled with hope. Taxi drivers, craftsmen and even popsicle sellers came out winning. They wiped away 30 years of Sovietism, five years of the Special Period, 17 years of Chavism and 57 years since the beginning of the war Fidel Castro had waged against the US, when he formed an alliance with the collapsed Soviet Bloc.

However, all roads lead to the starting point. Imperialism was in Obama’s hands (at least that’s the way it seemed), on equal terms, with some demands about exchanging political prisoners, the possibility of a dialogue between some civil society groups, to put this apartheid to rest.

The result was a shuffle back and forth, one step forward and one step back as we say here in Cuba. It not only frustrated a small tractor producer, who wanted to set up an assembly plant in Cuba, or Nestle who wanted to negotiate with the private sector directly.

Independent artists also continued to be replaced by institutionalized ones. The old strategy of a smokescreen, of creating an alternative art that is still in line with the Cuban Communist Party’s foundations.

Criticizing in the established way, mentioning aspects of the system but without mentioning names, while Health and Education are still taboo subjects. Independent spaces continued under the watchful eye of the Central Committee’s Ideological Department.

The reality is that the rapprochement process also resulted in quite a few masks coming off within the elite’s own power circle. I remember that a rumor would go around, almost every week. Luxury restaurants closed their doors, such as El Litoral, Starbien, the latter belonging to a son of Abelardo Colome Ibarre, the former vice-president of the State Council and Council of Ministers.

Word had it that drug trafficking was the reason their businesses flopped. Then, that they had taken goods from the State Council’s reserves. The negotiation payment for shooting Fast and the Furious, was never cleared up. So, another minister was given the boot, the Culture minister. After giving the Sundance Institute’s delegation a warm welcome, they were then given the cold shoulder when they came back to the island.

I had never seen so much dividing up of companies, while power was being handed out. Palco was producing movies for TV and competing with RTV Comercial as if they were private companies, or were they already and we just hadn’t been told? A generation with a business mindset, Alejandro Castro’s generation, got the negotiations signed and sealed before speeches were made.

So, shortly after Obama’s visit to Cuba, Fidel was quick to express his disagreement and wrote: Brother Obama. This text appeared in official daily newspaper, Granma.

I must remind you that another democrat, James Carter and his dialogue strategies led to the 1980 crisis, which ended with beatings on the street and the Mariel exodus.

Moving forward, Bill Clinton picked up where Carter left off, in the ‘90s. Fidel ordered two Brothers to the Rescue aircraft to be shot down. This was an organization whose mission was to rescue balseros (raft people) who were trying to leave Cuba. This event put the dialogue with the US government on hold again, because Clinton found himself forced to sign the Helms-Burton Act.

In the almost 4 years of the current president’s term at the White House, Donald Trump and his bull in a china store policy (like how the world became fragile in the face of the new Coronavirus), have only managed to turn up the heat on repression on the island. The Cuban government is cornered now. It has debts, it isn’t being given credit, so, it is coming down hard on all of its critics because this is a system that only wants to save itself.

It is upsetting to see how many Cubans support this suffocating policy. It means that Cubans abroad look at us with the same ice-cold stare the US government does. Like Machiavelli: “The end justifies the means.” However, nobody thought that something like this pandemic would happen in the same period of time. With the Cuban State without any money, those of us living on the island are even more vulnerable.

Why? Because Cuba is suffering under a totalitarian regime. We don’t have any freedom, which means we depend entirely upon government decisions. This means to say that you need the State to even receive humanitarian assistance.

Why has Trump increased sanctions? The existence of the US embargo is nearly as old as the Cuban Revolution itself, and we have seen how this only serves as an excuse for our government. Why is Senator Marco Rubio now saying it’s justified because of drug-trafficking? Is Venezuela the only reason? Who is really benefitting from this conflict? I really don’t believe that Cuban-American politicians would be so blasé, much less the US government.