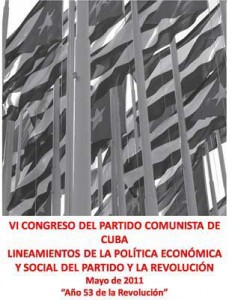 HAVANA TIMES, April 29 — The economic and social failure of neoliberalism is an established fact. In the economic sphere it has led the world into a deep crisis, while socially it has generated greater inequality than any previous economic model.

These effects are reported daily by the official Cuban media.

Despite this, we know that the Cuban government has affected a neoliberal shift in its reform policies.

Nonetheless, even today it’s difficult to find a direct connection between the socioeconomic “reforms” implemented by the government and fundamentals of international neoliberalism.

The similarities, which clearly exist, fail to form a definite pattern of neoliberal-style economic and social policy.

This is why it’s so difficult to follow the economic moves of the political elite in their desperate retreat toward the deregulation of the economy.

However at the ideological level, this complicity is apparent. It’s at this level that neoliberalism has become hegemonic in Cuba.

The ideological foundations of neoliberalism have achieved a tremendous success in the sphere of the government on the island.

The authorities have proclaimed the deregulation of Cuba’s economy as inevitable, as they quietly accept the consolidation of inequality as well as decreased social spending and the renunciation of full employment as a goal.

These are basic principles of neoliberalism, ones reflected by measures which they say should guide economic policy over the times to come.

The government is convinced that neoliberalism has won the ideological battle on the field of international relations, despite its economic and social failures.

Because of this they are paving the way for a future of the radicalized application of its principles of economic deregulation and social inequality.

Given this, the proposed real alternatives to the neoliberal model will remain the responsibility of the Cuban people and non-official social movements that are consolidating themselves across the country.

Those on top will continue to sell out the country to the highest bidder, which will always be some empire at the world scale.

9 thoughts on “The Ideological Success of Neoliberalism in Cuba”