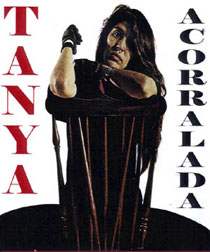 They say that in one cinema in Havana, around about 1986 or ‘87, during one of those newsreels that used to be shown by the Cuban Film Institute, there was one featuring the image of the Cuban president on the screen. All of a sudden, someone in the audience began singing (or started playing on their boombox) a song that was popular among youths back then, especially those who liked pop music or rock. It was titled “Ese hombre está loco” (That man is crazy).

It was the voice of Tanya Rodriguez and backed up by the group “Monte de Espuma,” my favorite band back in those strange years of adolescence. As for the truthfulness of the story – who knows? But I do know that my family didn’t think it was funny when I told them how the situation had cracked me up.

The group was also known for playing rock. “My God, our daughter listens to rock! What did we do wrong?” my parents must have thought. To be a rock fan in Cuban society in the 1980s was like being the son of the Devil, or of God. It was all the same thing; at least for my parents it was all the same: God, rock or the Devil.

Anything that didn’t praise the “Revolutionary Process” or that veered away from what was “established” was seen as at least a threat to proper youth development.

But the matter went farther. Tanya dressed differently from the rest of the singers of that epoch. She moved differently, she sang differently. She was different in everything. Everything. My mother even asked me if I thought Tanya was a lesbian.

I wasn’t thinking about sex back then and I’d never seen a lesbian, so I told her that I didn’t think so, though I really couldn’t care less if she was or not. But that possibility was just another reason for my mom not looking kindly at me attending her concerts.

A few years later Tanya broke away from the group. At that same time I began my senior high school in the rural boarding-school program, as the government began to prepare our minds for roughest years of the 1990s. For my parents it was a relief to have me in lockdown for two weeks in a row and with only a two day pass, or a total of four or five days a month. 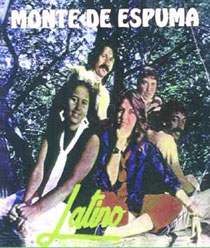 Because of this I was missing out on one concert after another of my very favorite singer.

Her luck seemed like it was about to change, despite everybody knowing that rock and pop weren’t the music most promoted by Cuban radio and TV. Still, she was going to be presented in one of those old Ibero-American Television OTI competitions. Her hit song  “Acorralada” grabbed people so much — whether they liked pop music or not — that everybody thought she would be picked for first place.

I didn’t know much about show-business, or politics really. I was only 16, but something told me that they wouldn’t give it to her. Like we say here, “They swallowed it, but it didn’t go down easy.” Tanya was left without her well-deserved award (that included a trip, which was of course what was most yearned for and most feared).

With the blackouts, crises and all the rest, life in the ‘90s was getting increasingly difficult. Even the bigger artists ceased having stable sources of work, not to mention musicians who weren’t considered “popular” or True Cubans.

A few days after finishing senior high school, I heard on the radio that Tanya was going to perform in concert at some local theater, I don’t remember which one.

If my memory serves me, I had wanted to go there badly after having endured three years of confinement. But a small detail prevented me: I didn’t have shoes to go out, much less to a theater.

Later I found out that she had gone on tour in Viet Nam and some of those other “strange” countries. I imagine she had taken the opportunity even though it seemed kind of crazy to be singing rock or pop to the Vietnamese.

She ended up leaving Cuba, like so many others. But despite everything, I was glad she didn’t return.