Photo Feature by Caridad, with text by Irina Echarry 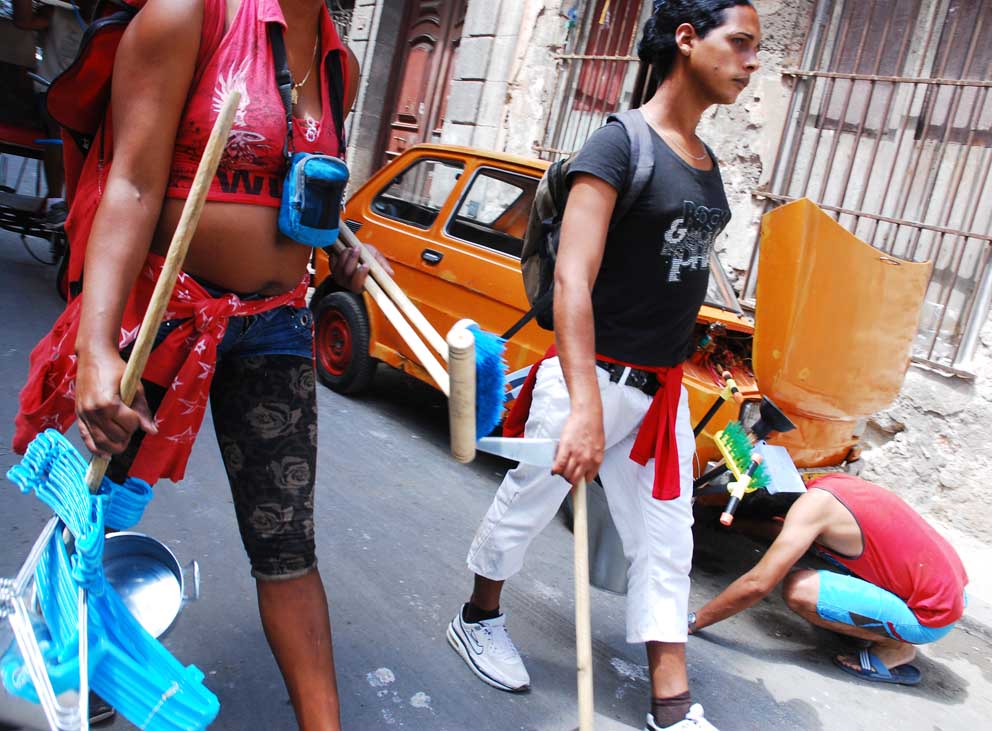 HAVANA TIMES, August 11 — For years, many people have gotten by “por la izquierda” (literally “on the left,” or doing business under the table). Some have had to do it because they don’t make enough on their government wages, others because they prefer the freedom of earning a living without having to account to anyone else.

In the 1990s there was an opening in terms of small private businesses. Though this came with lots of headaches (high taxes and difficulties getting the most inexpensive products), lots of people still maintain their “paladars” (usually small family-run restaurants), cafes or sales stands. Many others, though, have had to turn their licenses back in after finding themselves unable to maintain their ventures.

As people here say, we’ve had to “invent” in order to survive, and this is something we’ve done for years – even at the risk of breaking the law.

However, things have shifted since this past January. The government has told people they can take out licenses for various activities that were previously carried out without having to pay taxes. 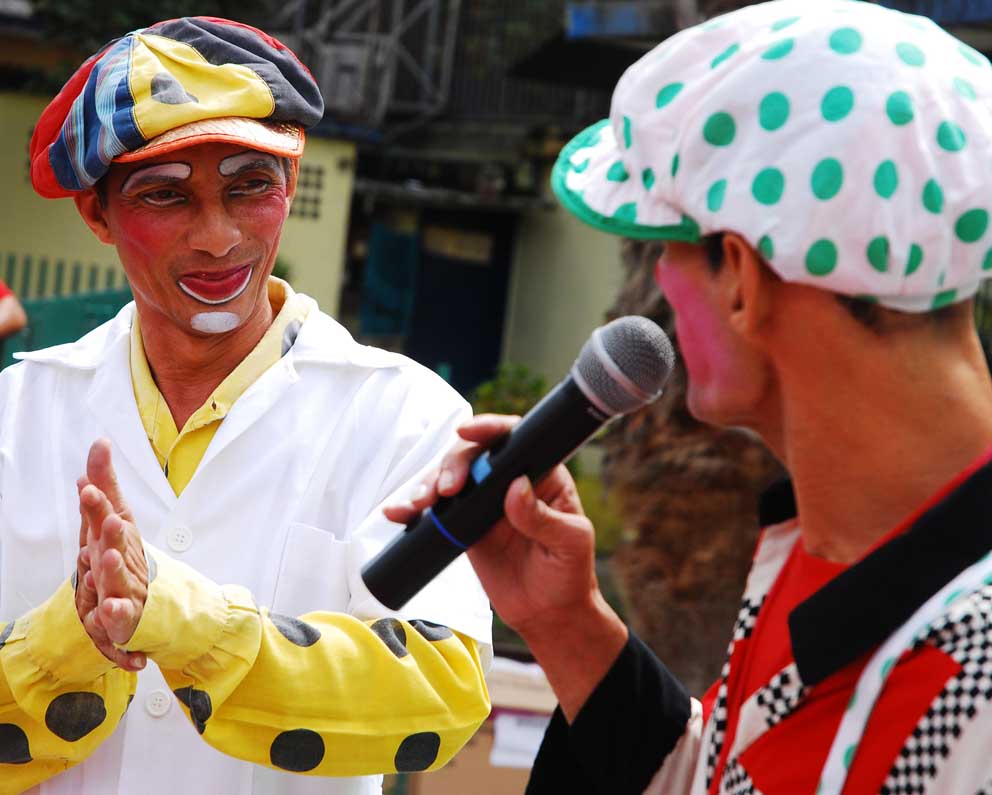 Clowning for a living

For example, when Raul (who studied physical education) goes to a birthday, it’s not only to take his son but to get paid for his performance. “I’ve been working as a clown for almost six years, but now I’ve had to get a license because they’ve begun to control everything. It’s not the same. Up until recently all the profits were mine, but now I have to pay a percentage of what I get paid. But even like this I still have to take into consideration that I continue to earn more doing this than teaching gym classes in a school, plus I don’t have a boss on top of me.”

The streets of Havana have become fairs where different products are on display. On every corner there’s a stand(s) selling burnt CDs (pirated), ceramic and religious ornaments, and there’s even a mattress-repair operation set up on 25th Street in Vedado.

It’s strange but that sparkle…that spiritedness that characterizes us has been paralyzed. You don’t see any imaginative posters or creative publicity that catches your attention or stands out as unique. On the contrary, what prevails is repetition, perhaps due to the lack of resources or maybe the lack of a business culture here. 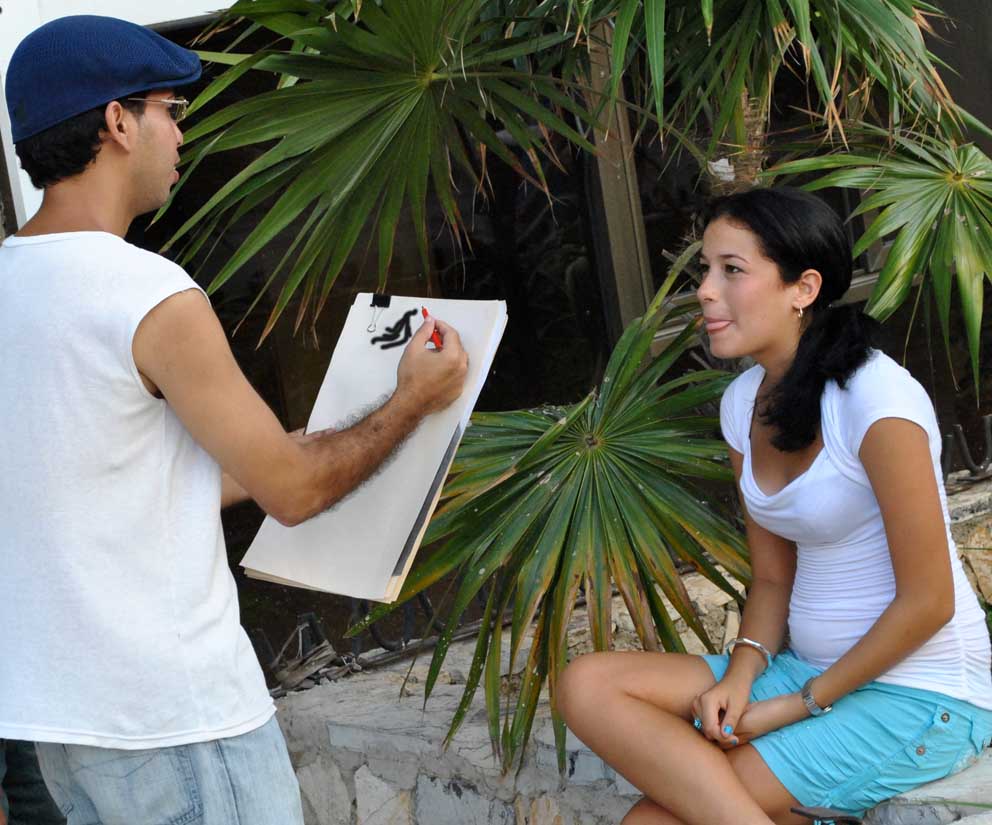 Joaquin works in a hotel and he also makes pastries that people can order. “My cakes are famous in Cojimar. But since I don’t always make them, I can’t afford the luxury of paying for a license. I don’t make that much money. I make a few pastry items from what I earn at the hotel (which isn’t a lot either). If I had to pay for a license I’d have to devote myself entirely to baking, and I’m not in a condition to do that. There’s no market where I can buy a good mixer cheaply or even eggs, for example. Self-employed workers don’t have the proper conditions; they have to sweat blood, as we say.”

There are activities that don’t require up-front investment, like tour guides: a person who “invites” other people to go around the city in a private taxi. Here “invite” is a polite term for describing their job, which entails charging the sightseer 10 or 20 dollars, according to the distance and time involved. Some businesses (restaurants and cafes) pop up overnight, something that makes one think there’s a fair amount of money involved in such operations.

But later they have to recoup their initial investment, which is why the prices we’re talking about aren’t so low. In La Curva, in the Alamar housing projects, one private cafe offers (among other options) special 60-peso pizzas, and there’s always a line.

Many questions are floating around in the streets.

Will private businesses be able to survive with the new taxes and without a wholesale market? Will those who work “on the left” be able to continue without paying for licenses? Will the country’s economic problems be solved with these new measures?

What do you think?

One thought on “Cuba’s Self-Employed & the Survival Struggle”