HAVANA TIMES — During this year that is now drawing to an end, the private sector of the economy has received several blows with cooperatives, restaurants and night clubs being shut down, as well as new licenses being suspended for the most profitable and popular types of businesses.

Very little has been made public about the reasons behind these measures: the government has given sweeping statements and there are many rumors going around the population. It’s hard to know how many “blows” self-employment really deserved and how many were delivered because of ideological prejudice.

The government ordered many restaurants and bars to close down without giving any information, in spite of this being a matter of public interest as independent work is one of the few legal alternatives that exist in the country for people to meet their basic needs.

One owner had two of his successful restaurants closed down and they stopped the building work he was doing on the third one. Rumor has it that he had previously committed crimes against the State and there was also talk about a money laundering network in Cuba, Panama and Cancun. However, nobody is verifying or refuting these rumors. 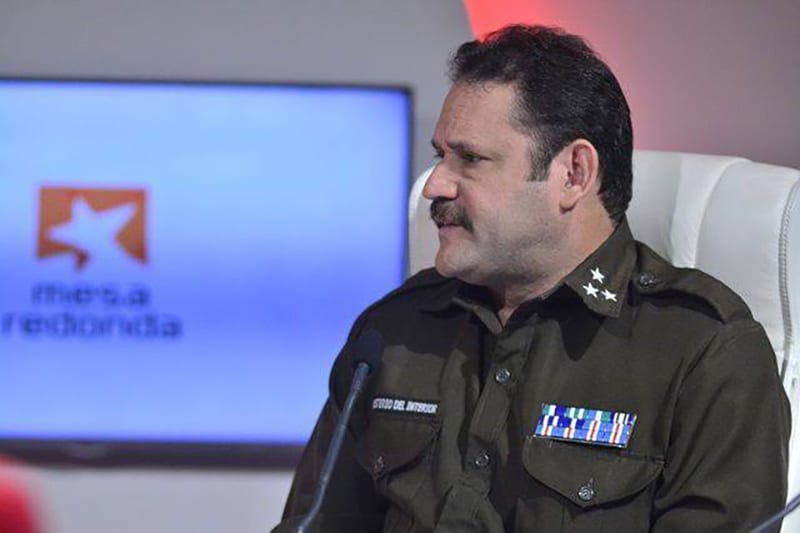 The head of the Interior Ministry’s Anti-Drug division, Colonel Juan Carlos Poey, warned us that they had discovered Cubans living in the US and investing drug money in Cuba. He said that those who were identified have been brought to trial and punished.

The last piece of news we received was that of two well-known bars and a restaurant in Havana being closed down. Rumors mention the death of a young woman because of an overdose and containers being smuggled in full of supplies brought in by a very well-known state-owned import company.

Only Escambray, the Sancti Spiritus’ newspaper, was able to cover the piece in great detail and recount the reasons why some private businesses were closed down, and cover the investments made in their province to launder money swindled off the US health system.

The suspension of new licenses is another half-told story. Some companies engaging in illicit activities who were discovered have been mentioned, but they haven’t detailed what the problems they found were nor how widespread these practices are among independent workers.

People also haven’t been told when the “fine-tuning” process of the private sector will end nor who is responsible for carrying this out. People don’t even know if any independent worker was summoned to give their opinion about the rules that regulates their financial activity.

These silences are capitalized on by the government’s enemies to create even more uncertainty and unease. The same people who were complaining about the owner of one of these places being a privileged “daddy’s boy”, are crying today because his bar has been closed down.

Cuba’s news policy creates more trauma than benefits because there is nothing more useless than trying to keep secret what everyone already knows. Do they think the Cuban people only find out what’s going on when it appears in Granma?

It’s these useless secrets that give rise to speculation; rumors are born from these and this is the breeding ground for enemy propaganda. They really make it easy for those who dedicate themselves to creating anti-Cuban government campaigns.

Why keep it secret when the absolute majority of Cubans would applaud the government for closing down a business that traffics drugs or launders money? Why are they so afraid to inform the people of what’s going on? Does anyone believe that rumors are less harmful than the truth?

The “burying your head in the sand” strategy can work sometimes but when it comes to the economy it ends up being disastrous because the factors that influence it seek transparency and they need to be optimistic, that is to say, they need to trust that their efforts will give back good results.

It doesn’t matter whether it’s a foreign investor, national entrepreneur, independent worker or state worker. Everyone needs to believe that their efforts will be compensated with a better income and that their rights will be respected as long as they respect the law.

Independent labor and small and medium-size enterprises are not only a government concession, they are a much-needed opening in the economy to implement economic reforms, which are trying to create a thriving and sustainable society.

They are all links in the same chain, where unifying Cuba’s two currencies will lead to loss-making state companies closing down and these failures will lead to high levels of unemployment and this labor force can only be absorbed by private enterprises.

However, the private sector won’t be able to play its role properly if shady rules and regulations that prohibit “wealth accummulation” continue to be applied without explaining what the limits are. Likewise if they continue to lack legitimate supply sources and are threatened with inexplicable closings and the indefinite suspension of new licenses.

This climate of uncertainty creates insecurity and mistrust in the future, which are the opposite of the “optimism” that former Greek economic minister, Yanis Varoufakis, believes to be critical to get out of a financial crisis.