HAVANA TIMES, June 8 — According to Hiram Casas, the vocalist with the Cuban rock group The Shepal, “Here in Cuba we continue to have problems assimilating and offering opportunities to subcultures whose content contrasts with what is already established.”

HT: First, what we’d like to know the average age of the five members of the Cuban rock band “The Shepal.”

Hiram Casas: The average age of the band is 22.

HT: And what was your training?  Did all of you come out of music schools?  And what studies have you pursued jointly with the responsibilities of the band?

HC: Well, the fact is that each of the members has had particular training in music.  However, our bass player is a computer technician, the lead guitarist and the drummer are social workers, the backup guitar is a food service technician, and me (the vocalist) I’m a technician in the visual arts.  I graduated from the San Alejandro Academy.

As you can appreciate, our interest in music is conditioned only by our enormous desire to express ourselves through it, and the methods that we use we have applied in a unique way, following a lot of other music and through our being almost self-taught.

None of our members has been connected to academic musical education, but we’re convinced that despite the technique that one can acquire in an educational institution, no one can be trained to create.  If you have talent you’re already half way there.  Each one of us depends on putting our technical tools at our service to make them real.   All of us have alternative jobs in addition to the band; in fact, up until now the band has had a purely creative character, but more than a hobby it fulfills a spiritual need in each of us.

HT: Shepal, why that name?

HC: It’s nice, but after almost three years as a band, it’s still difficult for us to answer that question.  The problem is that Shepal doesn’t describe anything material or known.  It’s not something that has a reference that I can point to.  Shepal is the name for what we do and what we want to do, more than defining us as a band.  It defines a nonexistent concept of what we propose.  It’s what we form when we’re creating – a conceptual refuge still in the process of maturation.  The word doesn’t describe anything outside of us or what we do.  That’s Shepal.

HT: In what circumstances was the project created, what was the motivation or the idea?

HC: Our principal motivation when we created “Shepal” was the classic adolescent attitude of needing to be heard, accepted and followed by those who surrounded us and interact with us, just as we followed and yearned to interact with our icons on the rock scene.  Later on and together with our collective personality, the motivation matured.  Also, when we began to understand that not only were we manipulating something magic, but rather we had a kind of communications weapon and that it should be used consciously, starting from there our music acquired a more communicative and more energetic character, and it’s still maturing.

HT: We live on an island with many characteristic musical forms, so why are you interested in rock?

HC: It could be that this is derived from a search for a different, particular and more personal identity, without demonstrating a rejection of other musical styles that characterize our culture. I believe that everything depends on the principal intention and content that one wants to show; each artistic manifestation has its peculiarities and each one is selected in function of what one wants to do.

If we want to communicate with a young, energetic public that is usually looking for symbols and expressions with which to identify themselves; if we want to return that same energy that they give off transformed into art and music, then I don’t believe there exists a more suitable medium than rock and roll.  In the end, we tell them: “We’re the same as you.  We want the same thing, only that we express it aloud and through music.”

HT: Does your group have much support in the media or other institutions on the island to expand your musical aims, keeping in mind that you sing your entire repertoire in English, while being in a country that unconditionally defends its cultural identity?

HC: To say that we have much support of the media in promoting our culture would not only be exaggerating, it would be a complete lie, and not only in relation to Shepal as a band but with respect to rock and roll as a style in Cuba.

It’s true that there are efforts and work by many people and institutions concerned about giving youth culture more of a leading role.  However this is difficult to do since it has been considered outside of Cuban social values for a long time.  It has been presented almost in a pirated fashion due to the scant promotion that alternative youth culture receives in the media.  In my view, here in Cuba we continue to have problems assimilating and offering opportunities to subcultures that propose contents that contrast to what is established. 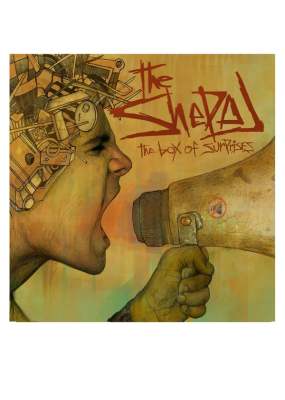 We’re overcoming it.  We’ve been lucky, before it was even more difficult.

Regarding the language, at the beginning of the band and because of our own mimesis of what we liked and knew with respect to the genre that we defended, everything we did was in English.  With our process of maturation that changed.   We began to understand and accept the public that we were speaking to, therefore we started to value the creative opportunities offered to us by performing in our native language.  As a result, presently all of Shepal’s work is done in Spanish.

HT: You have already performed in important venues on the island, including on Cuban television programs dealing with rock music.  Tell us about some of these experiences.

HC: We’ve had the opportunity to play in provinces like Camaguey and Villa Clara, as well as areas surrounding our capital, and we were very pleased with these.  It’s a way to move our work forward and to bring it to more people, to assess their reactions and to continue getting more experience.  With our appearance on the program “Cuerda Viva,” on Cuban television, we had the opportunity enter people’s homes across the whole island.  That was something that filled us with pleasure.  And if we are well received by people, our happiness is total.

HT: What can you tell us about “The Box of Surprises” and other works created during the short life of your band?

HC: “The Box of Surprises” was a model that we recorded when we had just begun.  We recorded it independently and with a minimum of resources.  All the lyrics were in English, and though presently in the band’s maturation (conceptually and musically) we don’t maintain a large part of that first work, it will always be seen as the beginning, the genesis of our work. 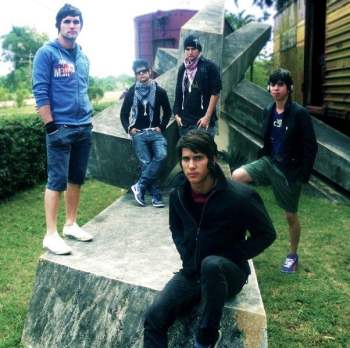 Everything that we are now is based on the process of improvement and maturation that we went through in the beginning.  We’re the same, only more mature, with many more expectations and a new form of advancing.  Everything that we’ve done has been a cumulative experience that we are continuing to build on.

HT: Cuba is now paying more attention to rock as a genre in comparison to other times.  This is because there fortunately already exists the Agencia Cubana de Rock and specific settings for this music.  What can you say to us regarding this, evaluating the development of the rock atmosphere on the island and its future.

HC: That’s true and it fills us with satisfaction.  The agency is still very young, and it still has positions and strategies to improve, but it is a light, a sign that something is being done.  At least there is the concern about defending and elevating the genre.  What will come in the future is always uncertain, so I always say that the future is right now.  But it’s necessary to be optimistic.  Rock and roll was as low as it could be and it didn’t collapse, now it’s up to the talent to prevail and bring it the level of support we hope to see.

HT: Who composes for the band?

HC: The majority of the band’s compositions are shared between general music or the melodic base of the song, usually conceived by the guitarists.  Later, the writing of the lyrics and the melodies for voice are done by me, as the vocalist, while the arrangements are done by the whole group.  The final result comes out of that process.

HT: What are the immediate aims of The Shepal.

HC: The most immediate thing that we have now is the production of an independent CD that we hope will come out this year.  We have plans to go into the studio soon and to present our public with an album with at least 11 songs of what Shepal is right now, for those who haven’t had a chance to follow us in live concerts.  In addition to that, we will be improving the visual and performance aspects of our presentations as well as the promotion of the band, which will always be vital.