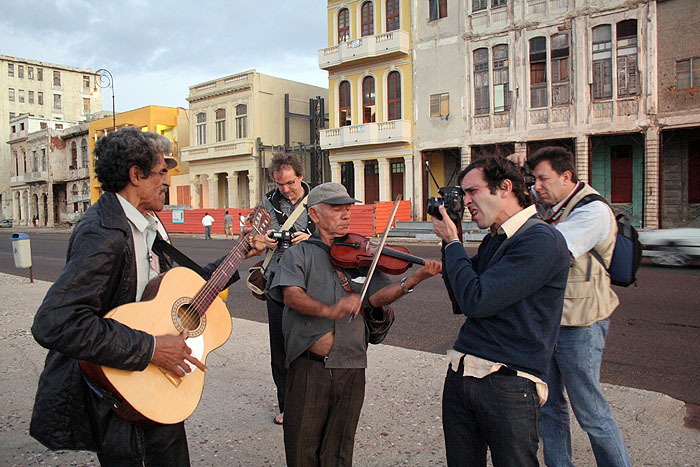 HAVANA TIMES, March 10 — In what appears to be a wise decision, at the end of February President Raul Castro announced in an expanded meeting of the Council of Ministers that the timetable will be readjusted on the economic measures that his administration had already approved and had begun applying with the aim of “updating” the state economic model. He pointed out that these would advance as the conditions are created for their implementation, stressing that nobody would be abandoned.

According to the newspaper Granma, the president alerted: “A task of this magnitude, a task that in one way or another affects so many citizens, cannot be framed in inflexible terms. The pace of its progress will depend on our capacity to create the organizational and legal conditions that guarantee its successful unfolding, systematically controlling its development so that the appropriate corrections are introduced…”.

On September 27, when the “Guidelines” were not yet known and only fragmented information had appeared about what the government-party intended, we issued a statement to those supporting a more participative and democratic form of socialism; in it we asserted that the government was putting the cart before horse.

Of singular importance was the reference by Raul to the results of research by the Ministry of Science, Technology and Environment (CITMA). According to Granma, he indicated “the relevance of regulating construction in places near the coast, rehabilitating and maintaining sand-covered beaches, reclaiming swamps, halting the deterioration of coral reefs and deepening research with respect to all of this.” What remained clear was “the need to strengthen the role of the Institute of Physical Planning and its provincial and municipal bodies as the guiding vehicles of territorial and urban policies, as well as those of municipal governments, with the purpose of reinstituting discipline around this important activity.”

They did not mention the 18 famous golf courses and their respective residential communities for the enjoyment of upmarket tourists, but it is very clear that this plan, of incalculable ecological consequences related precisely to those forms of environmental deterioration, will now have to be assessed and approved by environmental scientists and not only by parties interested in their commercial exploitation. This heeded a demand by the left and the environmentalists, who were and are clearly opposed to such incursions.

The president also indicated that our main enemy is presented by our own errors, as he dragged through the mud those who constantly blame external factors as the cause of all our difficulties.

This does not imply the routing of anyone in particular, but it is evident that we are witnessing the tactical failure of the attempt at imposing strategies alien to socialism. These strategies are counterproductive, inappropriate, inopportune, un-consulted, anti-popular and rushed.

The aim was to strengthen the government’s financial position but at the cost of sending a million and a half workers into the street, impacting the environment even more, reducing social expenditures and government subsidies significantly, developing forms of private wage-labor exploitation and increasing the revenue of the state budget through excessive taxes on free forms socialist labor: self-employment and cooperatives.

Such forms should be developed as priorities, freely and with active and direct promotion by the government. Those that haven’t had the conditions created for the proper access of credit or legal and maintenance resources are instead subject to the bureaucratic brakes of the state monopoly on production, distribution and consumption. 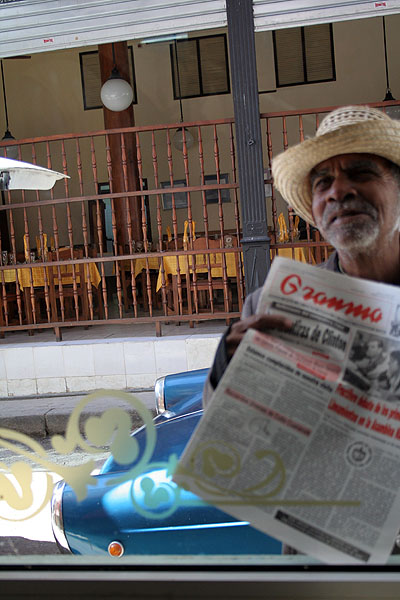 Although not definitive, the push back has been an advance for the critical positions to the neoliberal mercantilist bent that tends toward full capitalist restoration; this was latent in the strategy previously approved by the government and that sought to be endorsed by the Sixth Congress of the Communist Party of Cuba (PCC).

Moreover, it’s necessary to say that this was made possible by the willingness exhibited by Raul and other comrades in the party-government leadership to listen to the grassroots/rank-and-file and at least read what other revolutionary actors on the Cuban political stage were writing. The situation is such that it can be affirmed, at this time, that the line for listening prevailed over the line for imposing.

In the decision taken — in addition to the avalanche of criticisms concerning the most negative aspects of the “Guidelines” (according to Granma, “619,387 suggestions were received for deletions, additions and modifications, in addition to doubts and concerns”) — what could have had an influence were worries derived from the complicated events taking place in the Middle East. On several occasions we have warned that the increase in socio-economic differences and in the already existing gap between the bureaucratic government and the people could result in catastrophic consequences.

The argument of the broad Cuban left was presented in all the possible settings and we proposed the same thing in meetings on the “Guidelines” that were held with party chapters, in neighborhoods, in official institutions (where possible), in letters that we wrote to Granma (that at least published some of the more moderate critiques), and over the domestic intra-net. However, it was in the international left press that the principal shockwaves were felt.

It’s necessary to express thanks for the solidarity of those comrades in the heterogeneous international left who accompanied us in this battle. It is an encouraging sign of the new times and a sample of the cohesion that can be achieved between varying positions.

Poor assessments came from international analysts who — without knowing Cuban society in-depth — shot from the hip and put their unconditional support behind the rapid implementation of those measures that will now be readjusted and reconditioned. Also in a difficult position were those people who wanted to make others believe that the discussion could only take place where and when decided by those “from up high.” (These were the same people who said the Cuban left was only dedicated to self-indulgent functions or in search of rivalries in the international network.)

The diversionists who said we were writing nonsense or accused us of “attacking the revolution” will now be able to verify who was mistaken in their analyses about the situation in Cuba. They will see that the ideas of revolutionary socialism are more extended than what they supposed and that we were able to take these positions to the core of the Party and of neighborhoods, despite limitations imposed by bureaucratic sectarian elements. 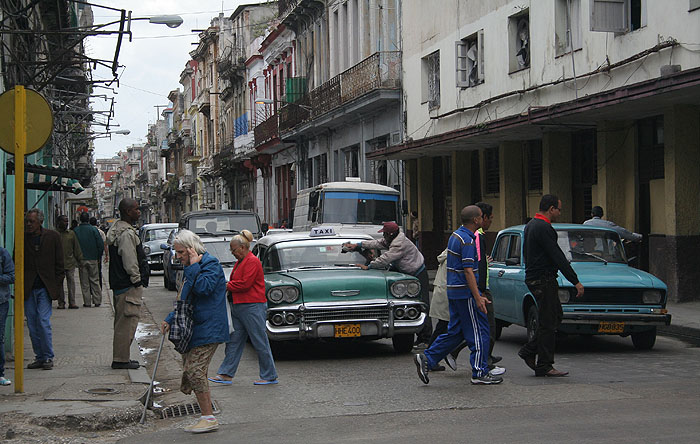 We have always upheld the cohesion of all revolutionary forces inside and outside the party – not unity based on blind unanimity. This cohesion is possible and necessary to ensure the advance toward socialism. Without coming to a full agreement, there was in fact an accord that helped to momentarily stop the madness that seemed to have already swept over the Cuban people prior to the congress itself.

We are also grateful for the help that several defenders of capitalism offered when demonstrating their solidarity with and their understanding of the macroeconomic measures to readjust the budget deficit in the purest style of neo-liberalism. This should have also served to make some people note the “watermark” on the plan in question.

The forces within the party-government that made the decision announced by Raul should not be underestimated. This action confirms our assessment that revolutionary reserves do in fact exist there and that they are capable of positively contributing to the necessary changes in the democratization and socialization that the Cuban revolutionary process needs today.

These experiences should be kept in mind by all those who sincerely want the best for the people of Cuba.

Another lesson that has been reiterated at this stage is that just ideas are unstoppable when, despite adverse conditions, they are defended with dignity, courage, intelligence and constructive spirit.

This doesn’t mean that the positions of bureaucratic centralism promoted by the Stalinist circle have been conclusively defeated, nor have those that are held by elements who seek the full restoration of private capitalism from within the bowels of the party-government-state.

Clearly, the president speaks of the readjustment of the timetable and not of the elimination of the measures. But as we have already expressed in the statement cited: while in simple arithmetic the order of the factors doesn’t alter the product, it does in economic, political and social matters.

It is not pointless to note that some of the measures that they have been taking are creating a great deal uncertainty and insecurity among the Cuban people. This is not only due to the contradictory content of these steps, but also because they are accompanied by ambiguity in speech and in actions, by inconsistencies in decisions, by the persistence of all types of absurd regulations, by obstructionist actions of the bureaucracy and by the prevalence of the retarding-sectarian line in the national written press and broadcasting media.

Something else remains clear: sectarianism. This is the notion of there being one sole and sacred line of thought. It is the partial vision of a few who believe they possess absolute knowledge of the truth. This is quite distant from what contemporary Cuban society needs, which is to now build upon the dialogue entered into between the government and the Catholic Church around the release of prisoners and to expand this to a direct democratic exchange, without exclusions, with the broad social and political spectrum that exists in the country. This goes beyond the PCC and is outside the traditionally existing structures. 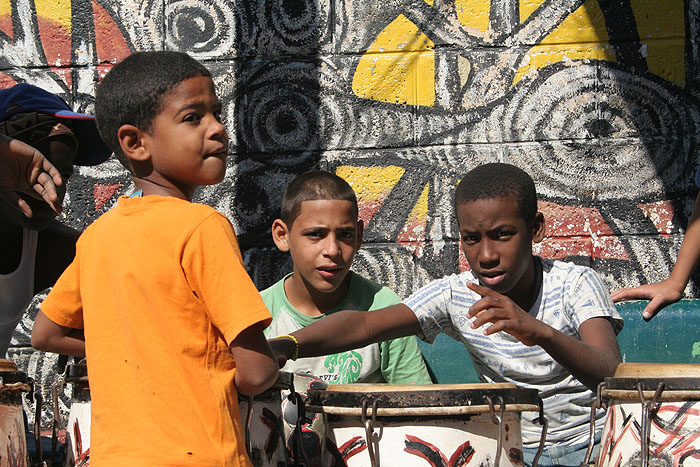 It should also be kept in mind that any eventual increase in social tension could serve those who are interested in creating situations in which the only beneficiary would wind up being the historic enemy of the Cuban people: US imperialism.

In a country of 12 million inhabitants, it is not fair, or democratic, or in line with the thought of national hero Jose Marti, or is it socialist-minded that the representatives of a party with less than half a million members be the ones who decide the future course of the nation.

Nevertheless, we are not losing hope of seeing the opening of that broad necessary dialogue with everyone. We continue to hope that what is discussed and approved in the Sixth Congress will no longer be the same thing that we saw in those “Guidelines.” We yearn to see a greater presence of measures to stimulate positive change that are based on greater participation of all workers and other Cubans in all aspects related to the production and reproduction of their economic, political and social lives.

What is required now is to continue working to take advantage of this opportunity to see that the now-deferred but still unfounded neoliberal measures are replaced by others of a democratizing and socializing nature.

From the contradictory breast of the revolutionary process, the struggle continues for a more participative and democratic form of socialism.

Pedro Campos can be reached at: [email protected]