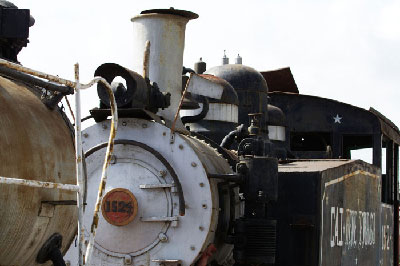 HAVANA TIMES — Cuba’s colonial oligarchy saw the railway system, which made its first appearance in England in 1825 and was introduced to the United States in 1830, as a novel technological breakthrough that could solve many of the problems of the island.

At the time Cuba was one of the world’s largest sugar producers and faced the task of transporting its sugar products from the refineries to the country’s ports.

Talks of building a railroad in Cuba began in 1830 and became a reality soon after, when the first railway lines began to be constructed between the colonial capital, then named San Cristobal de La Habana, and the settlement of San Julian de los Guines, 60 kilometers to the south.

The work was conducted in two stages. The first lines reached the town of Bejucal, 29 kilometers from La Habana, and began operating on November 19, 1837. The second stage of the work extended the railway lines to Guines a year later.

The railroad museum is located in Havana at what was the old Cuatro Caminos railway station.

The scheme below offers a brief summary of the history of the railroad, in Cuba and around the world.

One thought on “Cuba’s Railroad Museum Packed with History”