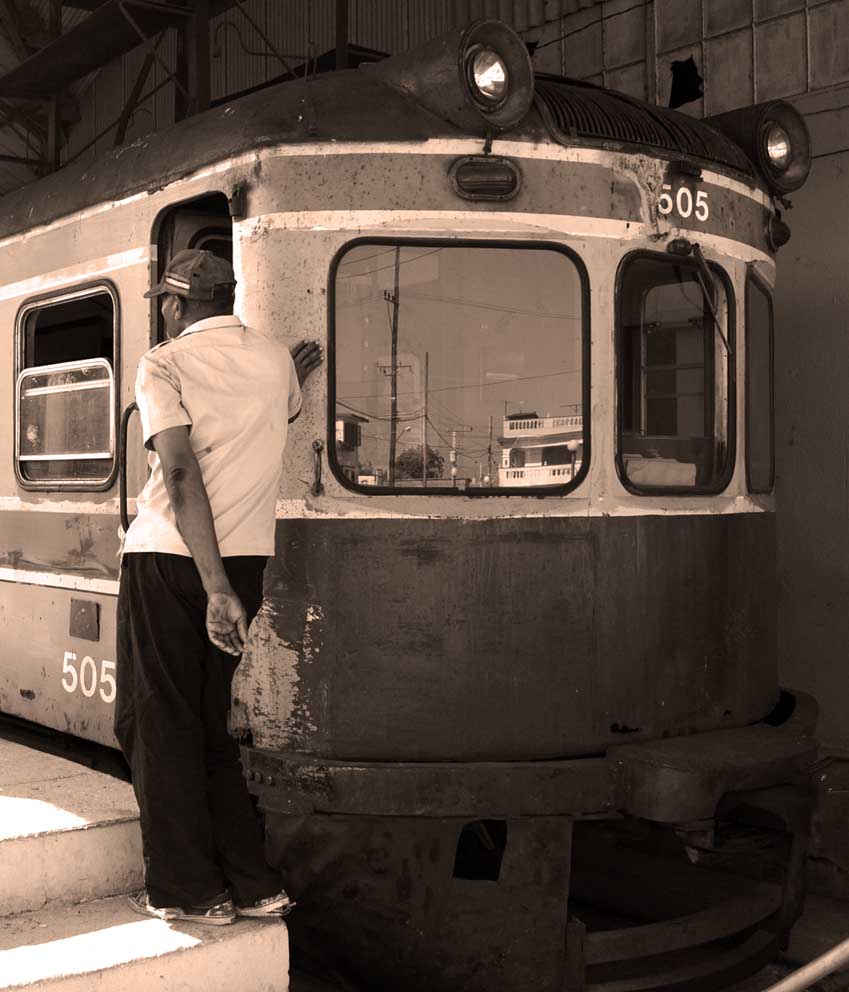 HAVANA TIMES, Sept. 16 — I believe I was always fascinated by trains.  When I was a little girl I dreamed about them instead of cars.  Trains went alongside the highway in front of my house.

Two or three miles from my backyard there was a line along which ran an electric-powered train.

From the yard, in the evening, we could only see the sparks shooting off the cables.  I could never hear the sound, nor could we see the wagons up close, at least not the ones from that train.

Ever since I started taking pictures I never missed a chance to photograph them.

It’s been a number of years but, suddenly, looking at these photos I discovered that it’s not the trains in themselves that I’m attracted to, but the details they evoke; those that transform the train into metaphors, its sound in the distance, like the lament of someone who’s going away or the melancholy of someone returning.