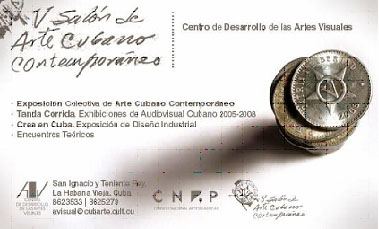 The exhibition boasts the best in Cuban contemporary art with previous editions in 1995, 1998, 2001 and 2005. The current event is viewable through January 17.

As in other countries, contemporary art has a big following in Cuba, especially among the younger generations for its intellectual, revolutionary, innovative and limitless style, and for the interactive element of many of the exhibitions.

Unlike previous events, this year’s Salon has no central theme. Among the diverse subject matter are concerns facing society, including the deterioration and beautification of the city of Havana, the influence of technology in modern living, values and expectations of young Cubans, emigration, and consumerism.

The majority of the artists this event are from the younger generations with works in a wide variety of formats including video-projections, scale models, painting, sculpture and installations, and using diverse materials such as hair, human excrement, steel, toilet paper, computer parts.

One of the works that has most attracted visitors of all ages is the display by Grethell Rasúa and Luis Gárciga called El valor de la mirada (2008). The exhibition consists of small statues made from human excrement modeled in the animal of the Chinese horoscope of the interested party using their own excrement. 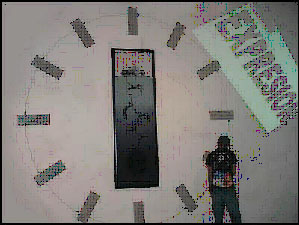 An installation piece by Lázaro A. Saavedra González consists of an enormous watch made up of computer keyboards interconnected by their cables. Twelve keyboards mark the twelve divisions of the watch with a rectangular painting placed vertically in the middle. The painting depicts a naked man with his ear up against the outside curve of the earth. Inside the earth are several people with trumpets held high and the caption: “The man who never made it to the center of the Earth.” As indicated in the title of the piece, a video projection at a tangent to the watch displays in large letters the words EXPRESSION, PRESSURE… 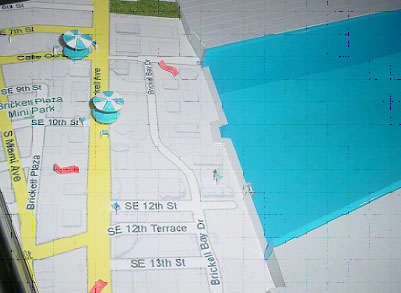 The theme of Cuban-United States relations and emigration is center stage in Sueño de Verano, a scale model by artist Glenda Arevalo that shows an imaginary, giant swimming pool between Miami and Havana that evokes themes of family reunification and contact between the two peoples in a friendly and relaxed atmosphere.

These and several other works are on display in the galleries and hallways of the Visual Arts Center, a beautiful, three-story, colonial building located at the corner of San Ignacio and Teniente Rey in Plaza Vieja.