The movie “Las Sandinistas” [Sandinista women] is available to rent or stream in the USA on Amazon Prime. In Costa Rica it’s being shown at the Cines Magaly. 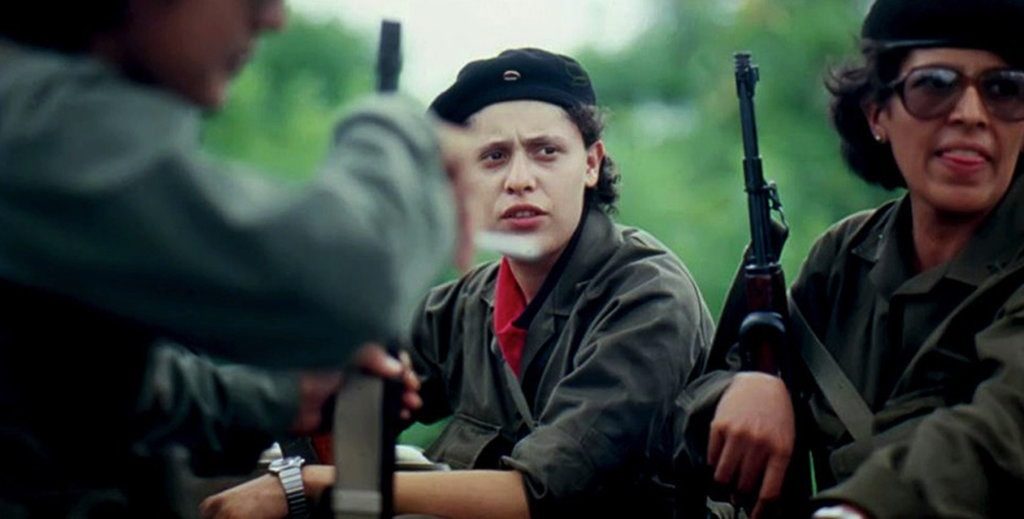 HAVANA TIMES – Filmmaker Jenny Murray has taken on the task of telling the story of the Nicaraguan revolution from the point of view of militant Sandinista women. Unfortunately, her film becomes lost in the labyrinth of the country’s mythology.

The prologue centers on a number of figures who we assume will be the key personalities: Dora Maria Tellez is identified as a “politician and commander”; Sofia Montenegro is presented as a “journalist and militant”; Daisy Zamora is a poet and combatant”; and Gioconda Belli is a “writer and militant”. They were – and are – high profile personalities. Regular citizens are somewhat represented by a woman named Claudia, labeled as “farm woman and combatant”; and Olga, a “teacher and combatant”. Further along in the film, others appear, such as Monica Baltodano and Lea Guido. The women presented are from different social strata and circles of power, but the scales end up tilted towards those in higher circles of power.

The script is constructed with a series of interview clips and historical news archives. This format involves less direct intervention from the filmmaker, since there’s no narrator separating us from what’s being presented. Nevertheless, in practice, it’s as deliberately structured as a traditional documentary. In addition, this style limits the possibility of context and contradiction. In her zeal to construct a panoramic view of history, the complexity of an era that is still elusive is sacrificed, lost in the fog of the propaganda and the complacency of the revolutionary generation.

It’s very difficult to condense 50 years of events into an hour and a half of film, assembling a narrative that works for Nicaraguans as well as for foreigners who aren’t necessarily familiar with the country. Given this challenge, Murray ascribes to the great revolutionary myth, according to which the FSLN alone defeated the Somoza dictatorship and then proceeded to construct a utopia that was derailed by the Contra and the United States.

Foreign audiences, protected by ignorance and distance, can easily assume that this is certain. They haven’t suffered the consequences of a violent and contradictory process that divided Nicaraguan society into two irreconcilable groups, condemning us to a Manichaean dynamic that’s still costing us lives. Fleeting declarations of “solidarity” from Bernie Sanders and Noam Chomsky doesn’t do any favors to those figures of the United States left. After all, the Contras were also Nicaraguans – and there were also women militants in their ranks. But the tragedy of a fratricidal struggle is less easily commercialized than a legend. When “The Sandinistas” takes on that propaganda as its own, it falls apart in front of our eyes.

“The Sandinistas” betrays its essence

It’s frustrating how the movie betrays its essence in search of entertainment value.  Apparently, Tellez’ testimony on the palace assault wasn’t enough, so the camera cedes attention to Eden Pastora, media hero turned opportunist, and now an accomplice and apologist for Ortega. The appearance of Luis Carrion is also unnecessary. Do we need a man to explain why there were no women in the FSLN National Directorate?

In the film’s best moments, the protagonists lower their guard and reveal their personal experiences. Tellez speaks of regretting how waging war stole time she wished she’d spent with her parents; Monica Baltodano mentions in passing having given birth while hiding underground; Daisy Zamora hints about sexual harassment from the leaders. These are the stories left untold, still unknown, that have been sacrificed in favor of the familiar discourse.

An impressive library of historical footage can be appreciated. In one revealing scene, Tomas Borge grotesquely strokes the face of a female guerrilla, while he states lasciviously, “What a pretty girl”. He then goes on to declare happily: “we’re considerate and courteous with the women, even if they’ve been in combat,” and adds, amid laughter: “we’re very satisfied to maintain the relationships between men and women the way they’ve always been.” He immediately corrects himself, changes his tone of voice to declare in unconvincing manner that there should be “mutual respect and also equality”. There wasn’t. Not really. And that’s a story that’s barely suggested.

Towards the end, the film hurries to explain the contradictions of Daniel Ortega’s return to the presidency, including the accusations of sexual abuse from his stepdaughter, Zoilamerica. The problematic Rosario Murillo, First Lady and current vice president is notably absent, despite the fact that she ended up being one of the most influential women in the country. With Murillo lacking, figures close to the regime defend what was already indefensible, even before the violent repression of April 2018. This effort for “balance” comes to naught. “The Sandinistas” had already lost the battle, even before the dictatorial bent of Ortega became bloody evident.