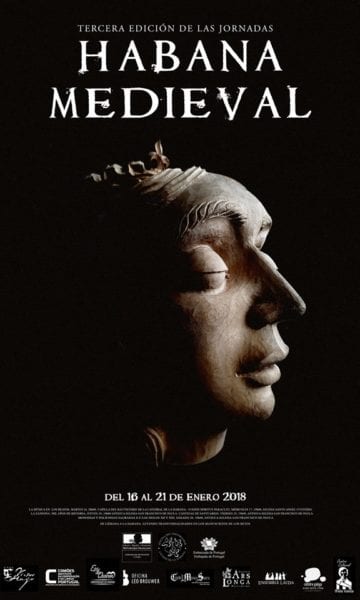 HAVANA TIMES — This new year, 2018, is welcoming the third edition of Havana’s Medieval Festival, a way of bringing the Middle Ages to a modern audience via theory events, concerts and exhibitions.

Music will take over winter nights in the city, taking the audience on a journey through the Romanesque’s different repertoires. The host group, Ensemble Lauda, under Henry Vidal’s direction, will play at the opening ceremony, performing – Music in the Beati – with an intriguing repertoire of antiphonies, sequences, tropes and hymns written during the 8th to 12th centuries, ending in music for the cult to Saint James the apostle, an advocate for Christianity.

The event will include performances by foreign artists for the first time, and these will come from Colombia, Spain and France bringing us pieces such as the sequence to the Holy Spirit O Ignis Spiritus paraclitis by Hildegart von Bingen for voice and live electronic instruments, or the art of the hurdy-gurdy and its thousand-year history, otrora organistrum; ending with a concert of holy music from the 7th and 8th centuries conducted by our guest Brigitte Lesne, the director of Discantus female voice training group and co-director of Alla Francesca, prestigious music groups who play ancient music in France.

The host group Ensemble Lauda will also be presenting their monograph work on one of the most common socio-cultural phenomena in the middle ages: the pilgrimages and romerias to sanctuaries in the voice of young maidens, Galician/Portuguese songs written by 13th century composers, on a journey that will take Santiago de Compostela as its starting point. 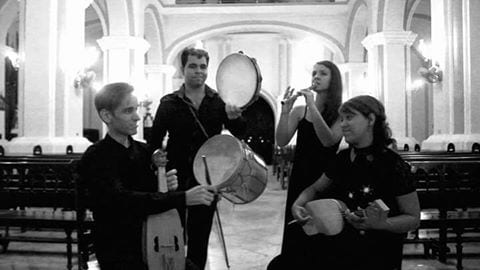 «La música en los beatos» Musical performance based on the vision of the Commentary on the Apocalypse by Beatus from Liebana, with music and instruments from the 8th to 12th centuries.

«O Ignis paracliti» by Hildegarda de Bingen, sequence to the Holy Spirit. An interpretation for voice and live electronic music.

«The hurdy-gurdy, a thousand years of history» A journey through the repertoire of this millenary instrument in the Middle Ages, the Renaissance, Barroque and current day. 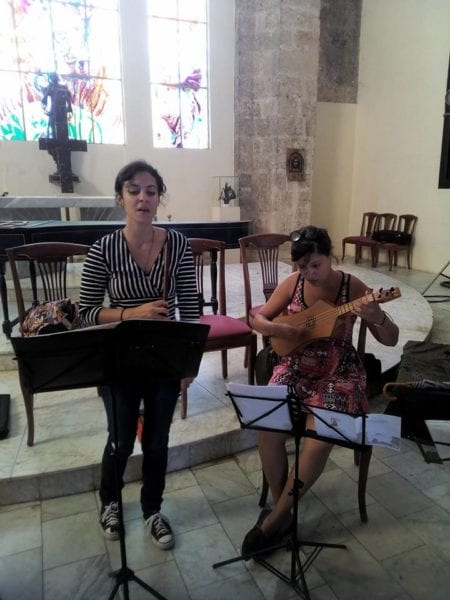 «Sanctuary Hymns» The people’s religiousness as sung by young maidens. Galician/Portuguese hymns from the 7th and 13th centuries.

«Holy Monodias and Polyphonies in the 12th and 13th centuries –  Limoges’ Saint-Martial and Paris’ Notre-Dame Schools». Closing ceremony conducted by Brigitte Lesne, co-director of the French group Alla Francesca and director of the Discantus Ensemble. Performing alongside Ensemble Lauda.

Holy Monodias and Polyphonies in the 12th and 13th centuries

«From Liebana to Havana» Exhibition of a selection of iconographies belonging to the most important pious illuminated manuscripts; along with a selection of pictures about a contemporary artist’s vision of bestiary, like when the pintaitriz Ende translated the Commentary on the Apocalypse by Beatus from Liebana into images.