HAVANA TIMES, March 28 – Folk singer Silvio Alejandro is the host of the Projecto Tres Tazas (Three cups project), which has as its venue the centrally located the La Rampa Cinema on 23rd Street in Havana’s Vedado neighborhood).

“We intend to invade the senses of the people who come with a combination of music and visual arts,” said the musician.

Adorned with posters reminiscent of different Cuban movies, the lobby welcomes people anxious to hear music that makes them think. “Largo domingo” (Long Sunday), “Graciela”, and “Mariza” are some of the names that can be enjoyed in the musical peña in which the artist sings of loneliness, love or the reasons for war.

The date is the third Friday of every month in a laidback atmosphere where the public often sits on the floor – sometimes because there is a lack of seats, other times because they just feel more comfortable.

Many in the audience are friends or at least know each other well, which explains the family-like atmosphere that is created for a couple hours in the hall.

The latest accompanying art exhibition is by Edurado Zarza Guirola and opened on March 20. In it, he attempts to show the decadence of the society in which he lives. Scull faces sell alcohol, cigarettes, and brand name clothes.

The exhibit will be on display until the third Friday in April when a new show will open.

At the peñas, Silvio Alejandro dedicates his songs to his son Martin and to his wife Carmen. He enters into dialogue with those present, while accompanied by Inti Santana, another young troubadour on guitar. His friends Gretel Barreiros and Rolando Morales also allow you to hear their singing.

It is a calm atmosphere for people who like a place where they can relax and reflect at the same time. 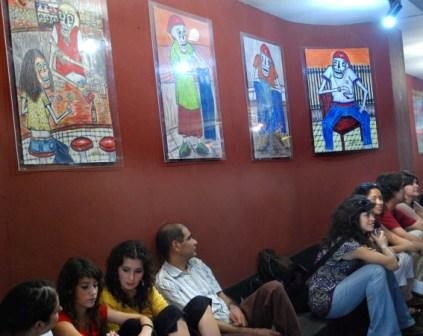 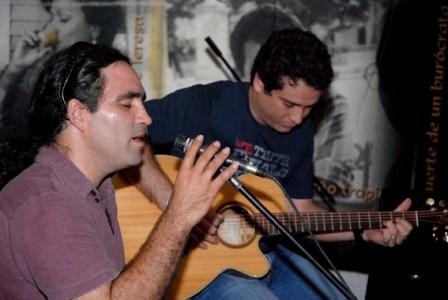 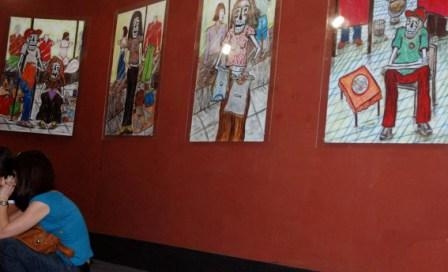 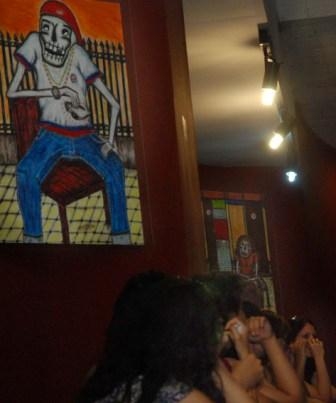 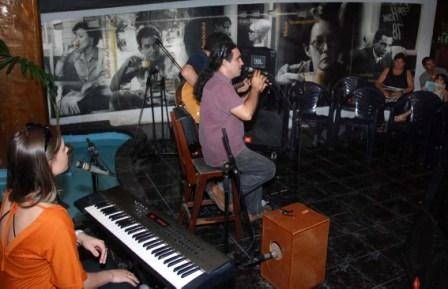 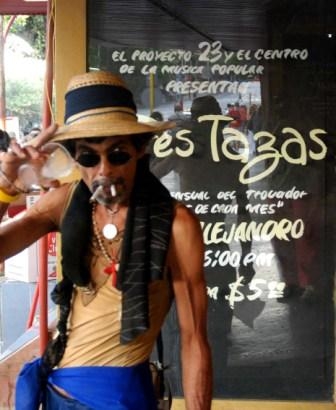 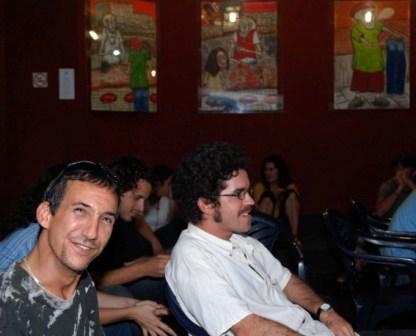 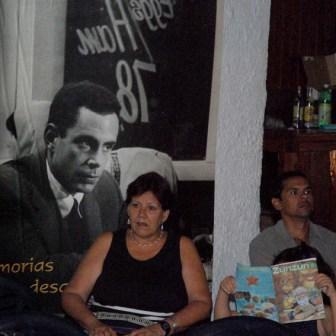 One thought on “Music That Makes You Think”