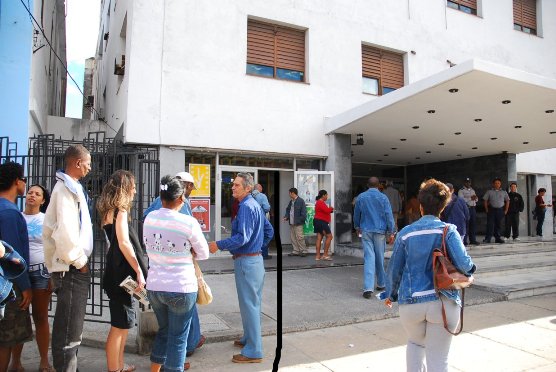 HAVANA TIMES, Dec. 4.-The environment surrounding the Havana Film Festival is very pleasant. Not only because of the chance to see diverse worlds on the screens, but also because of the temperature.

December is a month of contrasts: its part of the winter season although at times the sun refuses to hide. This year we’ve felt the cold air when hurrying not to be late to the next film. Some people are wearing their winter clothes that had been waiting for many months for the chance to get out of the closet.

The temperature can go up inside the movie theater when the film begins and the audience doesn’t like something. For example: the expressions started to rise in tone while I was watching “La fiesta de la niña muerta”, an excellent Brazilian film by director Matheus Nachtergaele competing in the Opera Prima first film category.

Along the banks of the Amazon is a community with a saint they adore. As the story advances we began to discover aspects of the 20-year-old protagonist that put his holiness in doubt: vanity, laziness, incestuous (he has sex with the priest) and a part of the audience wasn’t ready to

bear it. The exclamations of horror or mocking were heard and some left the cinema offended. Most stayed.

Cuba is a country of contrasts. There are those of us that travel long distances by bicycle to get to the movies, those that go straight from school to the festival, those that forget about eating, feeding off the pleasure of enjoying the films. However, we haven’t left behind moralistic prejudices.

The Havana Film Festival continues through December 12 with a bonus showing of the winning films on the weekend of December 13-14.