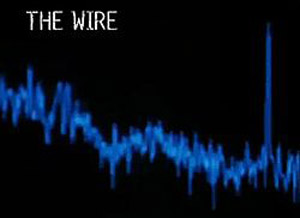 HAVANA TIMES — I recently finished watching the US television drama The Wire, which led me to change my opinion of the United States, or at least made me shudder while I was delighted, became saddened or was even agonized by this celebrated series.

What’s more, I was no less amazed to discover that Havana and Baltimore are not so different as cites go.

In both places bureaucracies erect obstacles to the carrying out of the simplest project, while politicians are obsessed with staying in power, and their speeches ramble on with promises of bright futures that rarely materialize for most people.

The series becomes an anti-CSI, since these police officers (who also love their work) are unsuccessful in trying to eliminate an inner-city Baltimore drug cartel, an operation whose centripetal force devours the best years, hopes and the sense of life of poor, young black people in the circumstances presented.

Jimmy NcNulty and Lester Freamon are two policemen who will stop at nothing to push through a complicated wiretapping project to allow them to track down the drug kingpin of the hour. But the charging of this criminal and his partners isn’t necessarily synonymous with justice or their repaying society as they should, a situation that often occurs in Havana as well.

As also happens in the Cuban capital, the criminals are so lucky with the law that the charges against them are almost always dropped long before they come close to being sentenced, should their cases even go to trial.

Thus we see blood tests from murders of Baltimore police officers ruined, and all because of the oversight of not including the necessary refrigeration equipment in the operating budget, something very similar to what might happen at any hospital in Havana.

The series presents a range of characters – everyone from a black Robin Hood (Omar Little), who steals from criminals to give to the poor, to Roland Prez Pryzbylewski, a former police officer who leaves the force to become a junior high school math teacher, since he’s shocked every time the system is compromised by fraud so as not to affect the city’s statistics, as occurred in Havana last year when I taught Spanish-Literature at the Campesino Workers College.

The Wire shows us powerful individuals who are so skillful that they always orchestrate their activities so that others become the ones who have to face the law, be they addicts caught in the grip of drugs or longshoremen who without becoming exasperated simply wait for better times.

Perhaps this is the reason for the success of this series written by David Simon and Ed Burn, one a former journalist and the other a former policeman. They manage to disturb the calmest of consciousness with this other side of the United States, where existence escapes from the threads of power to install itself right in the very nature of human beings.

Perhaps that’s why in the series — like in Havana — the good guys almost always end up defeated.

Hence almost everyone in The Wire prefers to take the law into their own hands since the Baltimore court system is simply an auction house of corrupt lawyers who serve only to benefit the highest bidders.

Therefore, once it’s discovered by the police that the politician Clay Davis is accepting drug money, nothing can be done before such a powerful figure in US politics as a senator.

The series also confirms the difficulty of constructing a coherent personality whenever children lack parental figures or those adults don’t play roles in their lives early on.

The truth is that the problem actually seems to go beyond Havana and Baltimore, undoubtedly it even surpasses the tired old confrontation between capitalism and socialism.

The reality that is dealt with in this brilliant HBO television series delves into something that is no other than a definite anthropological problem.

If anything is gained by US democracy from such a series (one which would be unthinkable in any other country), it is that they allow the showing of how life really is there.

With The Wire, this time they distance themselves completely from the inherent scruples and stereotypes of all the other television series.

One thought on “Similarities between Baltimore and Havana”