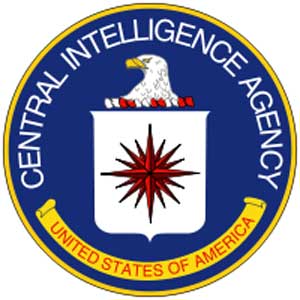 HAVANA TIMES — If indeed the CIA was the sponsor of the recently concluded “Festival Clic” in Havana, the leaders of that notorious international agency should seriously consider filing for “bankruptcy” right now.

According to Cubadebate, an official website of the Cuban Communist Party (PCC), the “Festival Clic,” which was held at the office of the opposition Estado de SATS group, was organized by the CIA.

The purported aim of this activity was to destabilize the Cuban Revolution and so as to lay the foundation for a future US military attack against the island.

For this, the CIA used its Cuban-based agents: Yoani Sanchez and Antonio Rodiles, who organized the event along with the Spanish “Evento Blog Español” (EBE) group, noted Cubadebate.

For at least two of its three days, I participated in the “Festival Clic.” There I learned that if this event were in fact sponsored by the CIA (an entity that used to make us feel so threatened), then people can now breathe easy. The CIA is flat broke.

That’s right. It turns out the tired old American institution is financially on its last leg. The paltry resources that went into the June 21 to 23 sessions demonstrated more than anything else that “the Agency” is no longer a danger to anyone these days.

It turned out that the CIA gave the participants in the event nothing more than baloney sandwiches and Kool-Aid (oh…though on Friday afternoon they had the kindness to give us cheese rolls – but without the fruit-flavored drink).

Now I wonder: Could it be that the CIA couldn’t even come up with enough money to buy a little coffee for its agents, just to keep them alert throughout the afternoon sessions?

If what Cubadebate is saying is true, then I am an eyewitness to the beginning of the collapse of not only that once-powerful international espionage agency, but of the economic might of the very United States of America itself.

Yes, dear readers, judging by the horrendous performance of the CIA at the recently concluded “Festival Clic,” the introduction of ration books in the United States is only a question of time.

If this is the case, I don’t see how this institution will ever return to anything like its economic splendor of the past.

I don’t think that Cubadebate should be concerned, at least not directly, with the “bankruptcy” of the United States. To tell the truth, with our own country being as screwed up as it is, I can’t imagine us allowing in boat people fleeing our northern neighbor.

It’s worth mentioning that at the closing of the ceremony, Sanchez and Rodiles not only denied any link with the CIA, but they disavowed any institutional sponsors other than Sanchez’ own Academia Bloguer collective, Rodiles’ Estado de SATS organization and the EBE group.

9 thoughts on “The CIA Should Declare Bankruptcy”