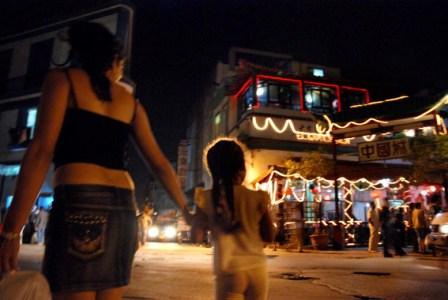 HAVANA TIMES – It initially began in the United States, like certain other celebrations that have spread widely to all corners of the planet. In Boston, in 1872, Julia Ward Howe decided to organize Peace Day, what is considered the precursor to Mother’s Day. The poet and social activist wrote the Proclamation of Mother’s Day, a true call for peace and disarmament.

Years later, in 1907, another American woman-Ann Jarvis, of West Virginia-commemorated an anniversary of the death of one of her mother, an outstanding community activist in the United States in that period. That gave origin to the giving red carnations to mothers still living, and white ones to those who have passed away: those were the favorite flowers of Jarvis’s mother. The daughter also led a campaign to mark the recognition of this holiday on the second Sunday in May.

In 1908, an Episcopal church in Grafton, West Virginia consecrated that day in homage to mothers, and the following year the practice was adopted all across the state, thanks to an executive order issued by its governor. In 1914, after a national lobbying effort in the middle of World War I, the federal calendar officially marked the date as Mother’s Day. As the reader may already sense, the beginning and end of this story have a common point: mothers, like doves, are associated with peace.

In 1920, in the Cuban town of Santiago de Las Vegas-only a few minutes from capital-musician, journalist and writer Francisco Montoto launched the initiative of celebrating the day in a popular theater, where there were also carnations of both colors.

The following year, the Havana City Council made it their idea, following the lead of journalist Victor Muñoz Riera in the pages of the newspaper El Mundo. From that time on, the original US action would become something else: Cuban mothers would be given cakes, like Obbatalá-not pudding with cinnamon or doughnuts in syrup. The island-cannibal had unplugged its mechanism for selective assimilation, still in force today with astonishing durability.

In today’s Cuba, mothers have been the unquestionable navigators of the crisis. In the kitchen and at the table, they have performed the miracle of bread and fish come true, very often while also attending to their social and work obligations. This is something that bothers me deep down, because they continue being subjected to a double workday. This is an expression of continuing patriarchal culture, with even the more progressive men seeing themselves as “helping out,” rather then sharing.

Likewise, women have been negotiators par excellence in family conflicts between fathers and sons, expressed with an accurate sociological eye by producer Humberto Padrón in his film Video de familia (2001). This is a tradition that, at its core, has carried on since the days of Cuba’s colonial past, when Cuban mothers had to mediate the harrowing schism between the Spanish husband and the Creole son, once the youth had joined with the star of the homeland that illuminates and kills. Moreover, these women knew how to do it in an exemplary fashion.

However, there also operate false paradoxes in Cuban culture that are almost held sacred: one of them can be summarized in the female being treated either as a mother or as a woman, especially as they mature. This is not a choice made at exceptional moments, but one that occurs routinely, daily. It comes from a sentimental upbringing that is passed from mother to daughter, often without the girl having to formulate questions; this is something that returns us to the eternal problem of how to position oneself in the face of inherited uses, a matter of the greatest importance (the answers are, as always, sophistry). Recently a rather feminist friend of mine told me, “The problem is that Cuban mothers are biblical with their children; that often compels them to make the mistaken choice between their condition as a mother and their sexual life, though these are not contradictory.”

Happiness to all Cuban mothers, wherever they are; and to those in other lands. The challenge is to be one and not fall as women in the attempt, another way to reach peace.

Alfredo Prieto: I was born in Havana, a fact that’s not so common around here these days. Most of my family emigrated a long time ago to the United States, something that motivated me to study that country a little to try and understand it. I learned some English, and later I improved a bit more through direct contact with US citizens in their homes and above all in their universities. Later I found out that this was called “sleeping with the enemy”, but I confess that I never saw one in front of me. I’ve had many invitations, but as of six years ago I can’t go back because they changed the rules of the game. I’ve been the editor of the magazines, Cuadernos de Nuestra América, Temas and Caminos. I now work at the publishing house of the Cuban Writers and Artists Association (UNEAC) and I’m writing another book. Like my aunt, I am a declared fan of strawberry cheesecakes… and of Stevie Nicks, Fleetwood Mac’s ex. If any of you know her, please give her a flower for me.

One thought on “Cuban Mothers”