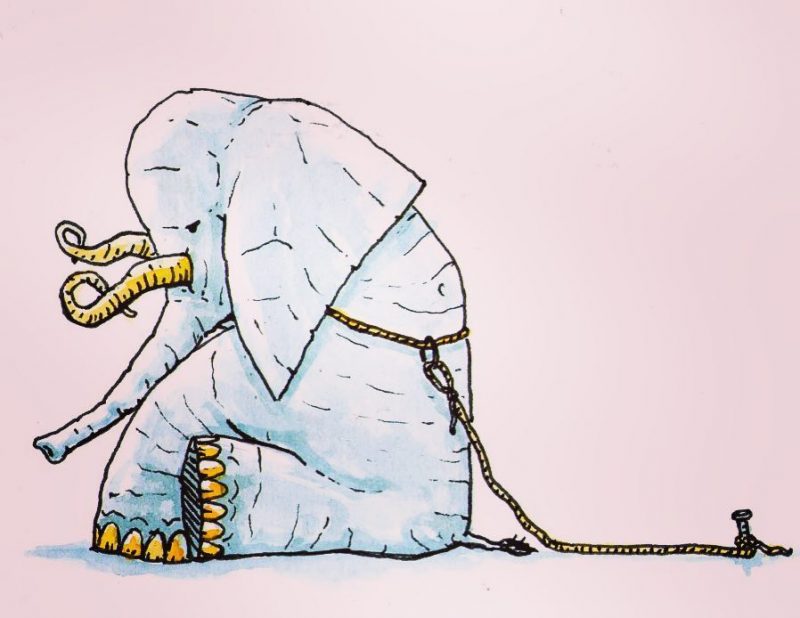 HAVANA TIMES – I have a lifelong friend, who I not only share coffee and cigarettes with, but minutes and hours. Something interesting happened recently… something that we experience every day but hadn’t classified as an inherent cultural phenomenon or just the Cuban people’s way of life.

We were in Old Havana, in one of those lines that you don’t even understand why people are lining up, because you have no idea what the truck is going to bring in. Nearby voices force me to listen, and I believe that popular wisdom shouldn’t be overlooked.

A woman who seemed to be leading the discussion, spoke about remittances from abroad, the lack of personal hygiene and food items, as well as abusive prices. Well, you might tell me that this has been the subject of conversation in Cuba for a long time now, which is absolutely true, it’s like a tape that plays over and over again without ever stopping. It wasn’t the subject that caught my attention, but the reaction it caused, which was very worrying.

It’s normal for us to talk about medicine shortages, but it’s even more common to hear a Cuban say: “why are you going to the drugstore if there isn’t any medicine?” Or, maybe, “who are you going to complain to?” Phrases like: “Don’t even think about going to talk to leaders, or officials, they are always in meetings.” “Nobody cares about your case,” “Nobody does anything here,” “We are in Cuba”, etc. These are expressions that have been passed down from generation to generation.

So, our legacy will be to leave a trail of shortages to our children and grandchildren, a legacy I would like to call “learned helplessness.” It isn’t a matter of complaining about everything we don’t have, from our rights to our most basic needs. The shocking thing is that we accept it as if it were our own, this instilled fear, this entrusted silence. In keeping with the times we are living in, and society’s expectations, I wonder: what side will people be on?

Bureaucracy, corruption, weak professional training, inefficiency in sectors where people belonging to the Party hold the most important positions, and not the people who have the real skills and wherewithal to defend citizens’ best interests.

All of this, plus the Government’s lack of interest in answering the Cuban people, has given rise to this concept of “learned helplessness”, when everyone accepts their own destiny as the unfortunate circumstance of living on an island without any more resources than what we have.

This is the result of State policies for over 60 years, which have intervened and have disrupted the decision-making process for 11 million Cubans throughout the course of their lives.

I listen to the group again, I focus on the growing line, while a military man looks at me with a challenging gaze, as if he could read my mind. So, I stop in my tracks, with the firmest voice I have in my head, and tell myself “you aren’t helpless”, “nor have you learned this business of: everything is lost.”

I look at my friend who has his eyes fixed on the Malecon, he realizes I’m looking at him and tells me “people have to learn, sister, it can’t be like this forever, we have to speak up and demand what’s ours and not exactly what comes in the ration booklet.”

8 thoughts on “What I Call in Cuba “Learned Helplessness””