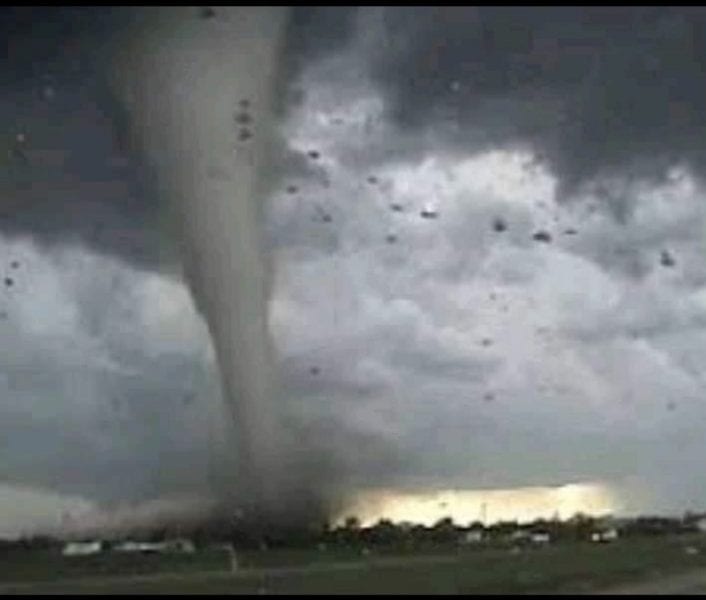 HAVANA TIMES – Some hours after the tornado hit Havana on January 27th, among the rubble of a collapsed house in the “Diez de Octubre” municipality, three plaster heads (unrecognizable under all the debris and dust covering them) had a conversation.

Head 1: It’s been more than 50 years since they put me on that piece of furniture, I hadn’t moved again and then just like that, in a flash, everything came crashing down.

Head 2: When I felt the first gusts of wind, I knew that the roof wouldn’t hold up. It was an absolute miracle that it didn’t fall down beforehand.

Head 2: Where were you perched all these years?

Head 1: Next to you. Listening and watching the same things as you…

Head 2: So, if it wasn’t a miracle that kept the house standing for over 50 years without being done up, how do you explain it?

Head 1: Objectively. This family didn’t have the means to repair such an old house.  Plus, from what people are saying, the tornado destroyed new homes too.

Head 2: It isn’t a matter of this house or the one next to it or the next one that also fell down or that families didn’t have the means to fix them in these 50 years that you and I have been sitting side by side. It’s a matter of most of the city never being touched… now we just have to see whether things are done properly in the haste to give shelter to so many families who lost everything.

Head 1: Lots of people are working night and day to fix everything as soon as possible and the Government has announced that nobody will be left helpless.

Head 1: What are you talking about?

Head 2: That. People not waiting for official orders to know what they have to do. Many have mobilized themselves, especially artists, to take donations directly and they have been stopped…

Head 1: Nobody is stopping anything. They’re just asking that this be done in an organized fashion so that help can reach those most in need.

Head 2: And isn’t it better that the forces of order support donors handing out their aid than stopping this aid from directly reaching those affected?

Head 2: That’s all you can say? That it’s not a bad idea. Your hesitation tells me a lot.

Head 2: Let me tell you something; Havana will be different after this tornado.

Head 3: It isn’t the time to criticize or agonize about politics. It’s a lot more extraordinary and simple and it’s already happening…

A boom raises the rubble. The heads are thrown onto a truck. For the first time in fifty years, rays of sunlight touch them.