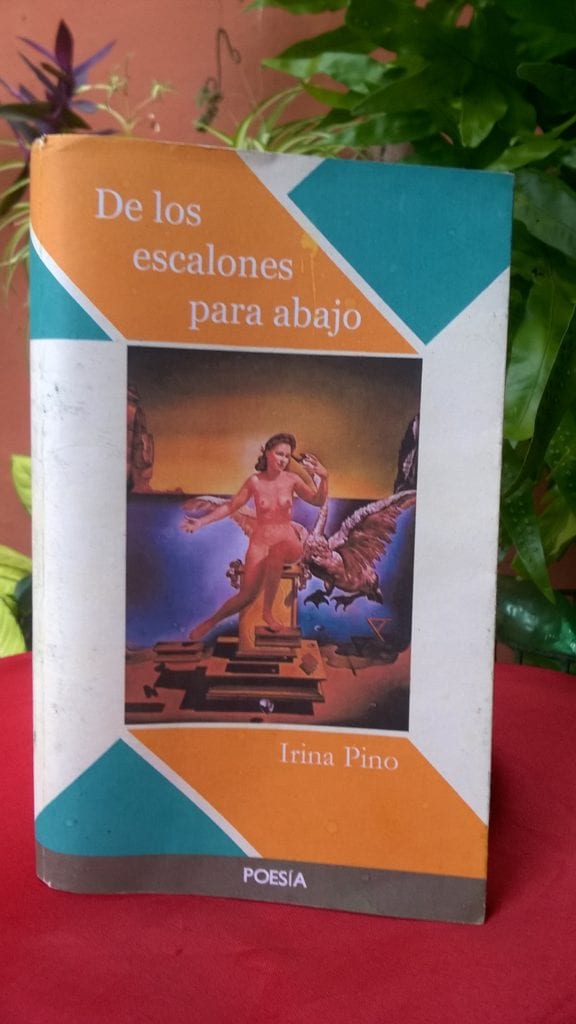 HAVANA TIMES – There are books that always stay in the same place when you bring them home. However, there are other books which are always in different spots, as if they move by themselves. De los escalones para abajo, Irina Pino’s book of poems, is one of these books.  [Only available in Spanish.]

It’s a collection of poems, split into six different parts, each of them made up by short stories which deal with everything at the same time, stifling this temptation to add empty words which is so frequent when writing poetry. This can be seen in the story Reminiscencia at the beginning of the collection which starts off by saying: “There were certain rules at school we had to follow: short hair for boys, hair tied up for girls…”

More than a book of poems, with the (always brief) rhyming descriptions of landscapes, Irina gives us the keys to interpret, from an anecdotal point of view, her inner world where the most common and painful things overflow until they touch us: friends who leave; the music we listen to; suicide attempts; sex; movies that have left a mark… without us resenting a trace of vanity, except for, what we grateful readers could give the author.

This is maybe one of the greatest achievements of a work like De los escalones para abajo, which Ediciones Hermanos Loynaz published, and not by accident, as there is this subtle whirlwind that makes a plant’s stem shake when a new flower opens… which I pretty much read in one go.

NOTE: Other titles from Irina Pino are poetry books Los signos y los cantos (2011) and Mientras hago el amor con George Harrison (2017), both of which were published by Editorial Extramuros and De los escalones para abajo (2017) by Ediciones Loynaz. She is also a regular HT contributor.

One thought on “The Poems of My Colleague Irina Pino”