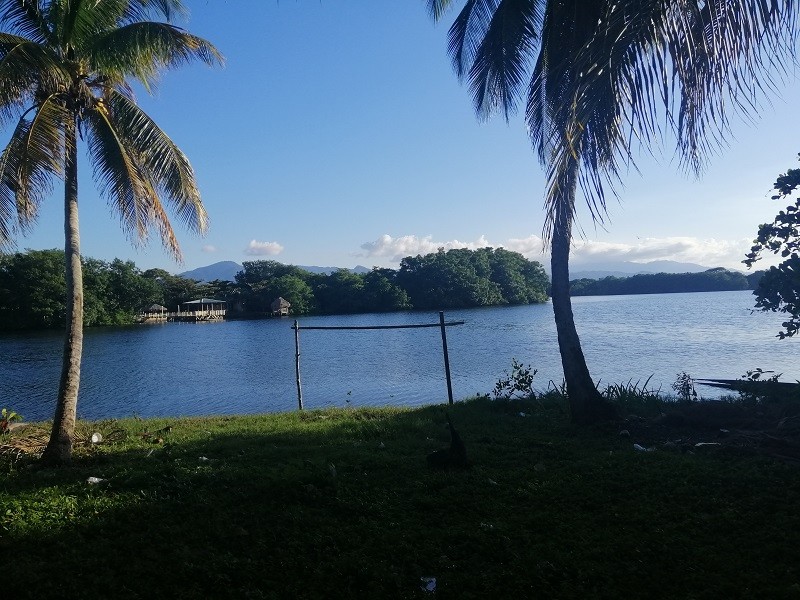 HAVANA TIMES – It is an ambience of laughter, tranquillity and contentment, that thrives in the Garifuna communities of Tela; an old port on the northern coast – the Caribbean sector – Honduras.

Tornabe, is one such community (morenal) in which I have spent the Christmas holiday period.

Here I am, a white man from afar; of British nationality, immersed amongst the black Garifuna people yet treated as an equal at all times.

For me, these glorious places dotted along the Honduran coast, are pure paradises. They are to be characterized by the palm tree laden, white sanded beaches lying before the crystal blue bay whose background is complete with tropical forests and immense lagoons – all beautifully situated around the sun soaked Garifuna settlements of motley buildings (from palm thatched huts to wooden panelled whitewashed beach side villas).

Small scale hotels and restaurants are placed here and there. Exotic constructions, with names such as ‘Mariners Inn’, stand upon tall wooden foundations with grand US style porches out front (a reminder of the US presence here during the banana plantation decade) from which locals and outsiders sit upon, drinking and making merry.

The Garifuna (referred to also as the Black Caribs), are the descendants from a mix of Amerindian Arawak and Carib or Kalinapo from the Kalinago and African people. They also go by the name Garinagu – the plural of Garifuna.

It was during the early 1700s, that the French arrived upon the Caribbean island of St Vincent, whereupon they proceeded to fight skirmishes against the Garifuna before culminating on the forging of an alliance. The said alliance with the Garifuna continued in undisrupted peace for many decades.

In the year 1763 – after the Treaty of Paris, French interests in St Vincent were conceded to the British. The British however, were firmly disinterested in any cooperative relationship with the Garifuna people thus giving way to the first Carib War, which lasted from 1769 to 1773. The British lost this war to the Garinagu and reluctantly signed a Peace Treaty.

The Garinagu, themselves under the bright leadership of their major chief and general Joseph Chatoyer, agreed to the treaty – through gritted teeth. However, negative consequences resulted for the Garifuna, for the shameless, devilish Brits broke the established treaty in 1795, bringing about the Second Carib War. Bearing larger numbers, new armaments and healthy finances, the British tragically overwhelmed the Garinagu.

On March 14, 1795, Joseph Chatoyer died in battle on the island of St Vincent. Without General Chatoyer and now vastly outnumbered, the Garifuna’s new French allies terminated in surrendering in June 1796. Despite the French surrender, the Garifuna refused to do so. They suffered greatly, for their rebelliousness.

The British then had the Garifuna divided on the basis of skin color. Over 5,000 individuals of darker skin were captured and harshly exiled to the nearby island of Baliceaux. The British then left the captives to perish on account of terrible malnutrition and disease.

On March 11, 1797, the few remaining Garifuna were rounded up and shipped to Roatan; the largest and one of the three Honduran Bay Islands. A sum of over 2,800 Garinagu died under the British genocide committed on Baliceaux.

Approximately 2,200 commenced the voyage, yet 200 perished en route during the grueling voyage to Roatan – lasting 31 days. On April 12, 1797, those 2,000 surviving Garifuna reached Roatan.

It was from this island, that they gradually escaped and made their way to the nearby Central American Caribbean coast. Large populations were thus established in Honduras, Belize, Guatemala, Mexico, and Nicaragua. During the last decade many have moved to the United States for economic reasons.

In 2019, the global Garifuna community is estimated at over 800,000, who have been traced as descendants of the ethnic group. 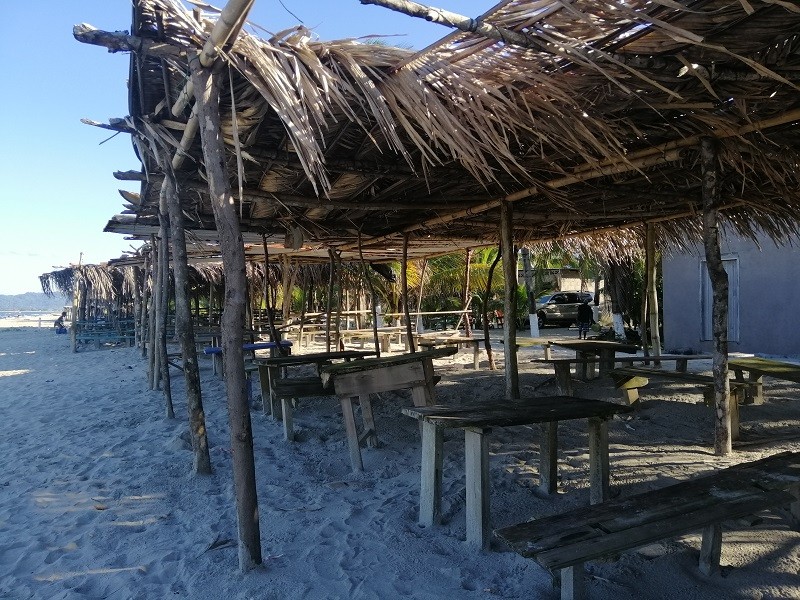 At my friend’s house, I sit out in his tropical front yard, pelicans and frigates swoop by overhead; a paved street separates us from the shining, golden beach. Blue skies above… under them, on the ground, we smoke locally popular mint cigarettes, sip back on rum and converse mostly in Spanish yet at times – broken English. I’ll occasionally overhear their explosive chat in Garifuna, whilst taking in the fascinating characters who surround me.

Youth ride by on bicycles, muscular young men going to and from local basketball and football matches – their multicolored plastic combs rest in the thick Afros they sport. The boys carry speakers in their rucksacks. Dancehall booms.

What beautiful people, the blacks. I’ve always admired them, how could one not? How could anyone of even the slightest intelligence and open mindedness not do so? I’ve never felt so relaxed, so at peace, sipping rum and guifiti (the fiercely strong, traditional Garifuna moonshine), listening to RnB, Jamaican Dancehall, old school Hip Hop and Garifuna Punta music.

I greatly enjoy the relaxation of parking myself on the rustic wooden benches, which are placed below Tornabe’s countless palm-roofed beach huts. The white sand mixes between my toes. I gaze in silence upon the great blue bay of Tela out beyond, crystal blue waters once patrolled by buccaneers, escaped and trafficked slaves, conquistadors and US fruit vessels.

The bay boasts manatees, dolphins and whales whilst the lagoons hold crocodiles and barracuda. I love it all. Every aspect of these places.

RnB bellows from someone’s speakers as we sit together eating fresh, fried fish and plantain chips, washed down by Corona. A pretty young lady moves past us as we watch the street from our porch…

Caught in a peaceful trance, quite content, I hear the deep, soulful voices of these songs, to which I sit back – chilling in a hammock and chuckling alongside my Garifuna friends – thinking: “wonderful people, wonderful place.”

Just how could we have treated them with such cruelty and contempt all those centuries ago? A strong, merciless “go f*** yourself” goes out to all those ignorant bigots I know back ‘home’.