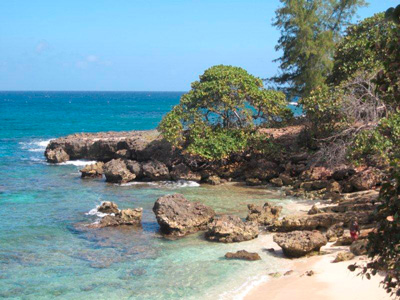 HAVANA TIMES — Last weekend, I was invited to take part in a somewhat improvised excursion. A friend of mine who lives in Uruguay and his girlfriend rented a car for the trip. We thought having a means of transportation was enough and decided to set out on the adventure, confident we would later be able to find a place to spend the night in.

Friday was a rainy day and we had to spend most of the time inside the car. We still managed to go for a swim, battling the waves at Playa de Jibacoa. The strong waves proved rather difficult for my friend’s girlfriend and made her quite nervous.

We ate at a rest area on the road that connects Havana and Matanzas before going past the check-point on the Cumanayagua bridge. We had planned to make our next stop in Varadero. The toll for rentals at Cuba’s most famous beach is 4 Cuban Convertible Pesos (4.50 USD), a curious fact.

During the night, we had a brief, annoying experience when two very impertinent men (who obviously thought we were foreigners) suggested we go to a disco with them. We weren’t in the mood to change our plans, which included finding a place to spend the night.

All of our efforts proved futile. We had to sleep in the car, which was small and uncomfortable. We parked on a narrow street between two hotels, through which people passed on the way to the beach until four in the morning. My neck suffered quite a bit, as did my skin as a result of the mosquitos, but we had no other choice.

In the morning, we went for a swim at the beach there, behind the Cuatro Palmas hotel. Varadero has always struck me as a very sterile place. This is because I prefer coral reefs to the bare dunes that make up its submarine landscapes. At noon, we left Varadero in search of a place to stay. 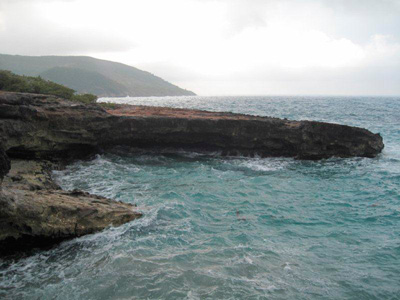 The place we went to is known as Boca de Camarioca. It is a small beach at the river’s east-laying shore. After you wade into the water and walk a few meters away from the shore, you start seeing the coral reefs I always enjoy observing. Before night fell, we ate at the rest area at the check point and hastily made our way into the former camping facilities of Puerto Escondido.

We set up two tents inside an empty swimming pool that was very close to a lookout point, at one of the camping facilities that’s currently inoperative. We did this to shield ourselves from the night breezes. We didn’t get a good night’s sleep because they had told us we couldn’t set up tents in the area (but we had decided we needed to get our rest, in spite of the status quo).

In the morning, we headed down to the beach to do some snorkeling. The subaquatic landscape there is immense, diverse in both species and colors. This dive made up for a night without sleep.

Our trip ended Sunday afternoon, at a coastal campsite called Peña Blanca. There, we found out the people’s power local government had decided to forbid all camping on the beach. What a load of crap.