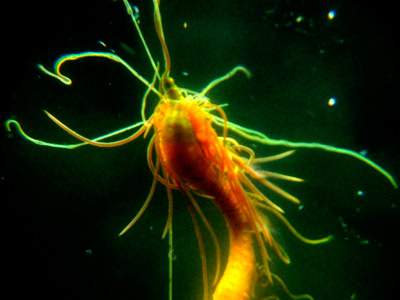 HAVANA TIMES — Few people in Cuba have the privilege (or the time) to enjoy something as fascinating as the marine world in their own homes.

Though it isn’t exactly easy, setting up an aquarium is far from impossible, and the resources I invest into my fish-tanks seem trifles to me when I set them against the pleasures of observing nature in the comfort of my own home.

One of the animals I keep whose beauty simply bewitches me is a small, orange-colored polychaet that was in the water and sand I brought from the beach initially. Today, there many of these creatures in my fish tank, but it all started with that tiny being.

I’d read about these organisms in a publication about tiny aquariums that a friend in Spain had sent me.

This animal feeds on detritus found on sandy sea bottoms, gathering the waste material with its tentacles or parapods. The way these bugs eat is one of the things that impress me most about them. 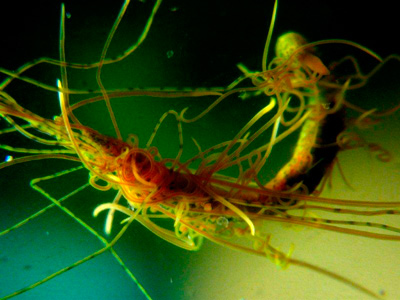 They have a large number of such extremities which move independent of one another, sometimes at a considerable distance from the body. When they come upon an object of interest, they transport it to their mouths in much the same fashion a conveyor belt would.

This privileged sensory capacity is owed to the fact that, at every segment of the body where these appendices sprout, there are two ganglia which are part of the neural chain or nervous system that spreads across its entire body (as it does in all annelids).

The way these organisms reproduce is a sight worth seeing. It gives you the impression the animal is about to burst. The organism twists and shakes its parapods until expelling its reproductive material. Fertilization takes place outside its body, in the water.

I’ve read the main byproduct of its excretion is ammonia. I am happy for my algae, as they now have a reliable supply of fertilizer.

My fish tanks, as you can see, have made my interest in photography grow.

2 thoughts on “The Living Treasures of my Aquarium”