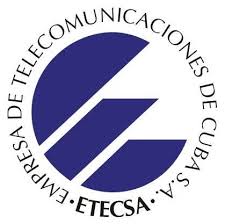 HAVANA TIMES — A few days ago, I had a very pleasant dream: the Cuban government had decided to shut down its telephone company, the Empresa de Telecomunicaciones de Cuba S.A. (ETECSA). In its 20 years of operations, the company had failed to demonstrate any capacity to offer a reliable communications service, and its immediate closure – a measure which was not to affect services for users, who had already suffered enough mistreatment – had been decided.

People flooded the streets with signs reading “long live the revolution!”, “wise decision!” and “it was about time!” This made me think that the only thing the people of Cuba need to be happy is communication, for anything can be solved when we are in contact with one another.

In my dream, the void left behind by that useless company had been occupied by two companies: one Vietnamese and the other Chinese that had promised the Cuban government that, in a mere two years, they could provide Cubans with telephone services at rates lower than the average global rates at the time. The companies had also guaranteed they would offer Internet access to anyone interested in a home connection, at an internationally competitive rate, in two years’ time.

A very clever joke from some time ago – fruit of people’s ingenuity – held that ETECSA was an acronym for “Estamos Tratando de Establecer Comunicaciones Sin Apuro” (“We Are Attempting to Re-Establish Communications…Without Any Rush”). Despite its dissatisfaction, the Cuban people have never been able to get rid of the curse of the inefficient handling of a technology that ought to guarantee communication among us. On the contrary, we have been distanced from all things new, since well before ETECSA was created, when we should have chosen what we wanted more wisely.

I can only hope my dream will come true. We have been deprived of many things because our government fears the outside world will do us harm. The world, thus, continues to be denied access to the best of Cuban thought because of the fear of a handful of people. I believe a better world is possible, and that such a better world cannot be reached without a free Cuba.

6 thoughts on “The Ones to Blame for Cuba’s Isolation”