HAVANA TIMES — If memory serves me right, the first electrical appliances I ever used were the Orbita fan which afforded me a cool night’s sleep the few nights without power cuts, the iron that smoothed out all of the uniforms I ever had to wear (from primary to high school) and a green Aurika washing machine which always looked on the verge of falling apart when tumbling clothes dry – and always, incidentally, remained in one piece.

Many of these appliances, manufactured in the former Soviet Union over 30 years ago, continue to be used in Cuban homes. “Russian irons” continue to be repaired at workshops and the metallic jars for the Soviet-made Eta blenders continue to be produced at street-level.

It comes as no surprise that, during the flamboyant “Energy Revolution” Cuba undertook in the early 2000s, many people who owned Frigidaire-brand refrigerators or air conditioning units made in the USSR, refused to trade these in for their new Chinese counterparts.

Not long after these replacements were made, some of the appliances which have been roughing it for decades conserve their aura of immortality, while the modern Haier refrigerators and Liya rice cookers pile up like junk at repair shops and warehouses.

Today, Cubans are becoming accustomed to the disposable and fragile nature of a new generation of electrical appliances and begin to feel pangs of nostalgia for the times of durable – and repairable – devices.

It is within this context, a world governed by the buy-throw-away-buy-again logic, that the SOP (“Sin Obsolescencia Programada”, “No Planned Obsolescence”) movement arises. Planned obsolescence, a concept that is almost entirely new to Cubans, refers to the practice of deliberately producing short-durability objects in order to keep consumers purchasing new products. 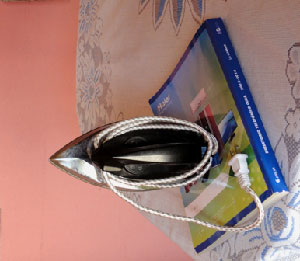 Though “consumerism” is not one of the more serious ills endured by a country with constant shortages, planned obsolescence affects the lives of Cubans for two fundamental reasons:

—    The appliances sold in the country are not manufactured locally, but imported.

A Cuban earning an average salary (450 Cuban pesos a month) would need to put away his entire wages, every month for over two years, to be able to purchase an iron, a blender and a TV (about 20, 50 and 400 CUC, respectively) at a hard-currency store.

The SOP movement, impelled by Spanish engineer Benito Muros, aims to sell products that aren’t designed to have a short lifespan and are environmentally-friendly, drastically reducing the volumes of waste materials produced by today’s modern products.

Muros’ company, OEP Electrics, has created a light bulb “without planned obsolescence” that has a guaranteed lifespan of 25 years and can be repaired and reused indefinitely. In addition, the light bulb saves up to 92 % in electricity and produces 70 % less carbon dioxide.

If the Cuban State is at all interested in an energy revolution that actually yields results, it should lend an ear to the SOP movement and do away with Cuba’s so-called energy-saving bulbs, electrical stoves and fearsome Parker brand DVD players.

A positive first step, for instance, would be to build a plant for the manufacturing of Muros’ bulbs on the island.

5 thoughts on “Cuba and Planned Obsolescence”