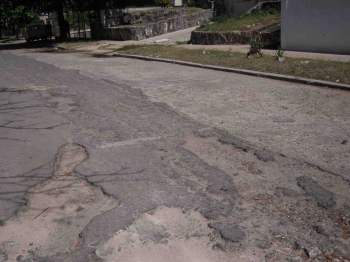 The week before last I talked about the water leaks suffered in the streets of Havana.  Today I want to refer to the similar but somewhat different issue of the poor state of the capital’s streets stemming from the lack of repair work.

The deplorable condition of Havana streets, the product of a systematic lack of maintenance, makes them occasionally impassable by cars or even on foot (there are streets that become true quagmires).

The problem becomes even worse when repair work by the Havana water department, gas company or the telephone service (ETECSA) requires them to dig up sections of streets.  The resulting holes can remain there for months.

An excellent example of this evil, which is not only suffered by the capital city, is the famous national “Ocho Vias” freeway.   Construction on it began about 30 years ago, and in addition to it never having been concluded (work stopped in the province of Sancti Spiritus), stretches of it lie in impassable condition. 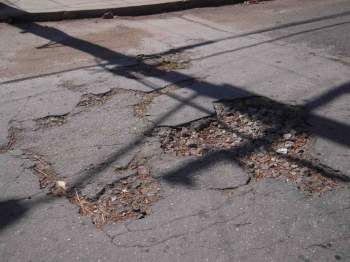 It seems ridiculous that the Central Highway — built in the times of the tyrant Machado (president from 1925-1933) — continues being the sole alternative to continue en route beyond the small town of Taguasco.

Likewise, on the few streets that enjoy the privilege of having repair work done, these are asphalted at any hour of the day and with terrible quality.

My mother told me that when she was little, the streets were asphalted at nighttime because the asphalt was put down hot and needed several hours to set appropriately.  Moreover, this timing took advantage the low amount of traffic on the streets during those hours.

Since so much is said on TV about traffic accidents, and since the national assembly has just approved a transportation bill that establishes legal requirements and regulations for vehicles, wouldn’t it be a good idea to begin addressing these complaints?