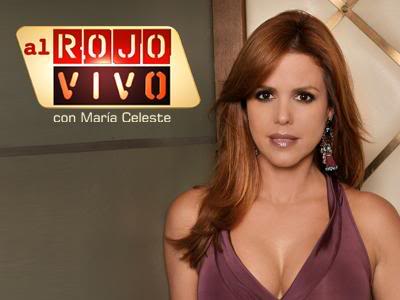 A Western Union locale in the Jose Marti urban center was robbed in broad daylight. According to some versions of the incident, a man dressed as a woman entered the locale, apparently to collect some money sent to him, and, holding a pistol, made the employee open the safe and give him all of the cash there.

A short while later the place was surrounded by all types of police officers. To date there has been no news about the robber’s arrest.

Another story suited for the Celeste’s show was the robbery of a butcher’s shop in the municipality of San Luis, where the assailants took all of the chicken allotted to the population on their ration booklets.

If we consider that the only contact many people have with any type of meat is that time of the month when they get their 17-ounce allotment at the butcher’s, we can see how hard a blow to the stomach this must have been for many of the locals.

As I’ve written on previous occasions, I am no fan of Spanish-language game shows, news programs and talk shows aired in the United States by broadcasters such as Univision, Telemundo, Mega TV and others.

Most of these programs are typically trivial and anything but serious (I am thinking of shows like El gordo y la flaca, Suelta la sopa, Sal y pimiento and many others, which not only encroach on the private lives of public figures, but also tend to be prejudiced and racist.

According to the Spanish agency EFE and Diario de las Americas, some days ago the Miami network Univision aired a racist comment directed at First Lady Michelle Obama. The verbal attack was made by host Rodner Figueroa during a conversation with makeup artist Paolo Ballesteros. He said: “ (…) as you know, Michelle Obama seems part of the cast of Planet of the Apes (…)”

This “gentleman” tends to be very offensive when referring to others, making tasteless jokes and hateful statements.

Despite these reservations, I do believe there are shows, like this Puerto Rican one, that, though often too sensationalist for my taste, divulge interesting, hilarious, controversial, tragic, curious and sometimes even incredible news about what goes on in the United States and other parts of the world.

It would be good to have a similar space here to bring people these kinds of news items. Cuba is not the exception, and we see things on a daily basis that could prove interesting, hilarious, controversial, tragic, curious and sometimes even incredible.