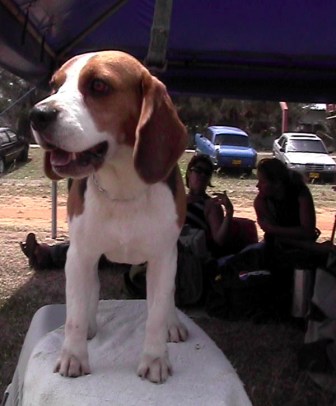 When I go down the street and look up, what I see are dogs…

…dogs barking at me.

I’m an ordinary Cuban. I live in Santa Cruz del Norte. It used to be part of Havana Province, but now I’m a Mayabecoño, as Mayabeque is the name of the new province that they created for us “from above.”

Like I said, I’m an ordinary Cuban. I don’t ride around on horseback like Don Quijote, and Sancho doesn’t ride with me.

But dogs bark at me. It’s not the case of “they bark because we ride.” I walk. I’m not a journeying chevalier.

They at bark from above. In Santa Cruz people let their dogs out on the roofs of their houses.

The dog barks. They warn the family if there’s anything suspect.

Or they simply bark because they feel like it.

They bark from above.

Or, “Dogs are women’s and men’s best friends,” – putting women first (though this could be suspected as being either disguised patriarchy or chivalry).

I’m not a journeying chevalier. But the dogs bark, though I don’t ride on horseback. They even bark when I go out with my girlfriend. They bark from above.

(“Dmitri has a girlfriend!” some readers of Havana Times will say – “We didn’t know that!”)

What do they care, I say, when the dogs bark?

The dogs bark from above.

Up to now I haven’t seen any of them jump on anybody, leaping from the roof to the sidewalk.  If I’d have seen that, I’d be afraid of those dogs barking from above. But I never have.

So, the saying can be fully applied: the dog that barks doesn’t bite.

They say that they’re afraid of heights.

The heights that separate up from down.

Dogs only go up, they don’t come down. To make a dog come down off the roof would require force.

Perhaps a cat would jump.

Cats are anarchist: they move in all directions.

And they don’t bark.