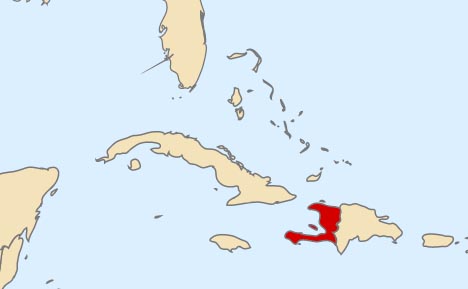 Undoubtedly, many Cubans were surprised by Fidel Castro’s recent column published on May 25 dealing with the topic of Haiti.

In a way, I felt a direct connection, since on Wednesday of that week I was to coordinate a workshop in the Institute of Anthropology with exactly that theme: the Haitian presence in Cuba and the particular cultural manifestations existent in our neighboring island.

These traits are tied to the anti-colonial and anti-slavery rebellions of the end of the 18th century and beginning of the nineteenth that brought into the world the first independent Latin American and Afro-Caribbean State, founded on January 1, 1804, 155 years before the Cuban revolution of 1959.

The unfolding of events following the Haitian revolution had a great influence on the history of Cuba. We became a powerful player in sugar production because the Haitian State abandoned the sugar market; we received sizable waves of immigration at the beginning of the nineteenth century from French refugees with their coteries of slaves who founded a large part of our coffee plantations; and in the first half of the twentieth century, tens of thousands of Haitian migrant workers worked in Cuba for the national and US agribusinesses.

The Haitians brought the Vodou religion to Cuba. The great anthropologist from Santiago de Cuba, Joel James, who studied that culture, says that hundreds of Haitian workers were massacred and literally thrown into the sea during the period prior to 1959.

A strong xenophobia existed against them in Cuba, as well as anti-black racism, leading to events that could be characterized as genocide or ethnocide. They were the last card in that deck, however. The revolutionary triumph of 1959 put an end to such occurrences, although a certain degree of prejudice against the Vodou religion remained. This prejudice still exists, even among some of those who practice other belief systems of African origin.

Many Cubans are unaware of these facts, despite the large Cuban medical brigade that aids the neighboring isle, the Haitian students who graduate in Cuba and the existence of a splendid novel about the Haitian revolution, “The Kingdom of this World” written by the famous Cuban-Russian-French writer Alejo Carpentier. But as far as the reigning popular stereotype goes, Haiti is only a very poor country that happens to be near us.

Some Cuban vodouists from the Havana “Mysteries of vodou” art collective participated in the workshop and a documentary was shown about the “En Negro” creative cultural and ecological project of Palma Soriano, which is helping to reforest the watershed of the Cauto River under the wise guidance of the ancestral spirits.

Also speaking was Jean M. Bernard, Cultural Attaché for the Haitian Embassy, as well as historian Mario Castillo who presented an analysis of the self-advocacy practices of Haitian farmers and talked about their fate in Cuba.

The movie “Cumbite” made in the sixties by the late Cuban Director Tomas Gutierrez Alea (Titón) together with the black film director Sara Gomez, has been recently shown on Cuban television as part of a program dedicated to the history of Cuban cinema. The movie was based on the novel “The Masters of the Dew” (1944) by Jacques Roumain. Both the novel and the film are about how a group of farmers use their organizational capacities to confront both ecological deterioration and repression from the Haitian state.

My interest in Haiti, which motivated my participation in this event dedicated to the 205th anniversary of our neighboring country’s independence, is also inspired by the need to study the process by which emancipatory revolutions are hijacked by the political elite who then use them to erect new systems of domination.

In Latin America, Haiti was the first country to enter such a cycle, which is one of the causes of the poverty and ecological crisis that its people suffer. Today, we leftists of Our America must do everything possible to assure that the face of domination is no longer a part of the present or the future, but only of history.