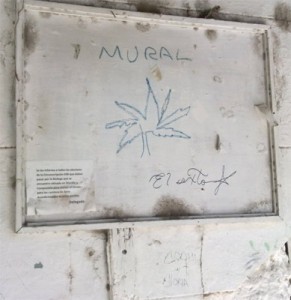 HAVANA TIMES, March 17 — The changes taking place in Cuba have created difficulties for the traditional organizations of our country.

For example, during the most recent anniversary celebration for the neighborhood Committees for the Defense of the Revolution (CDR), in many cases people weren’t able to “coordinate” the festivities because the government quit providing subsidies for the usual supply of soup.

Nor was the money collected from the residents on the block enough to buy all of the ingredients in an increasingly expensive marketplace.

I believe in the participatory potential of some of these organizations, but for this to happen decisive changes are required – ones that up until now have remained invisible.

One of the customs of these organizations is to maintain neighborhood bulletin boards. Usually not a whole lot of attention is paid to these, though occasionally they’re used to communicate important messages.

For example, they might list neighborhood block watch assignments along with the required hours of each individual or the deadlines for certain other tasks.

The one in the photo is on Cardenas Street, a few yards away from the Old Havana Railway Terminal.

On the left, the delegate of the “People’s Power” neighborhood council is informing residents that “All voters in District #38 must stop by the bodega (store) located at the corner of Muralla and Compostela streets as soon as possible to review the list of those who are eligible to trade in their old air conditioners.” It was signed, “Your delegate.”

This is the only “official” part of the bulletin board?

In the center is painted a large marijuana leaf, a plant whose growing and sale is prohibited here on the island.

What’s interesting is that from the color and brushstrokes, it seems that whoever painted it was the same person who wrote the inscription “Neighborhood Bulletin Board.”

On the right hand side is another “signature” – the “tag” of the controversial graffitist El Sexto. Such unofficial graffiti is also looked down on by the authorities, though the exponents of hip hop defend it as part of their culture.

Actually, when the bulletin board is viewed as a whole, it could easily compete in the upcoming Havana Art Biennial as a piece of conceptual art.

Who was its creator…it’s author? We don’t know.

But like the French writer Roland Barthes once said, the author is dead. So there’s no problem: With a dead dog, there’s no more rabies.

One thought on “The Cuban Noticeboard Crisis”