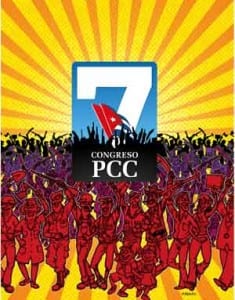 HAVANA TIMES — The plenary session and commission meetings of the 7th Congress of the Cuban Communist Party (PCC) was held in Havana from April 16 to 19, but the closing ceremony on the 19th did not put an end to the Congress. The work of the representatives will continue in the months to come.

Many in Cuba and abroad consider this a historical congress, first of all because it is the last to be presided by the historical leaders of the revolution and, second, because it has laid the foundations for the conceptualization of the economic model to follow and the development of the economy until 2030.

The two aims could not be met in the brief time the Congress lasted. They require the involvement of all Party members and the analysis and opinions of workers and the whole of society, through grassroots organizations.

The main report, read by First Secretary Raul Castro, diagnoses Cuba’s social reality and demonstrates the Party’s capacity to interpret the sentiments of the masses, tracing economic, scientific and social development aims for the country.

One of the paragraphs of the report explains that “we have planned to have both documents, the conceptualization and the bases for the National Development Plan, that is, be subjected to democratic debate following their analysis during the Congress, by members of the Party and the Young Communists League, representatives of grassroots organizations and broad sectors of society, so that these may be enriched and perfected.”

The participation of society in the preparation of the final drafts will have a positive impact on the close relationship that ought to exist between the Party and the masses.

The central report will have to be thoroughly reviewed by all Party members and by all workers and society in general, for it constitutes the guide for all future work to be undertaken by revolutionaries.

Counterrevolutionaries at home and abroad have vociferated that the report does not say what many expected it to. Were they expecting Cuba to adopt a multi-party system or for it to return to the neoliberal capitalism that was eradicated many years ago?

They should bear in mind that Cuban revolutionaries have never given up and, if, once in our history, because of a lack of unity and understanding, the Zanjon Pact was signed with the Spanish Crown to bring about peace without independence, the Baragua Protest saved the honor of Cubans. Those who support the Zanjon Pact today should not deceive themselves, as Cuban revolutionaries today, who know their history, will make Cuba an eternal Baragua.

Faced with the reality of the world today and the onslaught of Latin America’s right against progressive and left-wing parties (with guidance and aid from abroad), the Cuban revolution isn’t going to fall into the trap. Those who followed the siren songs of neoliberalism in Argentina are today regretting the country’s retreat to the times of Carlos Menem, when the country was neck-deep in neoliberal muck and was only able to pull itself out of this pit thanks to the progressive governments of Nestor Kirchner and Cristina Fernandez.

In other countries, such as Honduras, Paraguay and, more recently, Brazil, parliamentary coups or economic warfare (as exemplified by Venezuela) are being used to set up new forms of neoliberalism.

We will never again return to the days of politicking and the shame of seeing unscrupulous politicians descend like vultures on the spoils of the homeland, mired in chaos and misery. What the revolution has achieved to date, which is far from insignificant, will continue to consolidate itself and grow until we have reached a prosperous and sustainable form of socialism, as was reaffirmed at the recently-concluded 7th Congress, which shall go on for as long as is needed.