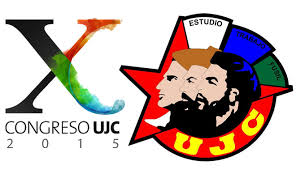 HAVANA TIMES — Cuba’s Young Communists League (UJC) held its 10th Congress from July 17 to 19, overshadowed in the international media by the opening of US and Cuban embassies in Havana and Washington. During three intense days of profound debate – held first within different commissions and then during the plenary session – UJC members analyzed the main issues surrounding the internal workings of the organization and the economic and political problems facing young people and the country in general.

The 500 representatives and 100 invitees reaffirmed the revolutionary, patriotic and anti-imperialist nature of the organization, as well as the decision to confront anything that can undermine, harm, rift apart or demobilize Cuba’s new generations.

The Congress ratified the continued relevance of essential principles, such as the defense of socialism, understood as the only socio-economic, political and cultural system capable of successfully confronting the complex challenges that lie ahead of humanity.

The Congress also approved a document which defines the aim of uniting and mobilizing young people around the country’s most pressing problem, which entails the strengthening of the system of socialist values before attempts at cultural colonization made by capitalism and efforts by Cuba’s enemies, within and outside the island, to change the country’s political structures.

It clearly declares that the re-establishment of diplomatic relations between Cuba and the United States constitutes a victory for the heroic Cuban people over all aggressions, which have left a toll of more than three thousand deaths, and against the limitations imposed on us by the genocidal economic, commercial and financial blockade that has been in place now for more than half a century.

The document points out that the new opportunities opened up by these relations come with no shortage of challenges, particularly in the cultural and ideological field, such that Cuba’s youth must be prepared to defend the revolution, be it from a direct military intervention or from an avalanche of pseudo-culture, consumerism and the symbols, customs and values promoted by capitalism.

In view of these challenges, it was decided at the Congress to step up the UJC’s work in the cultural and ideological fields, the teaching of history and the use of information and communication technologies, including the Internet, as a source of study materials, knowledge, culture and information.

After the work of the five commissions was exposed, the one idea that was clearly expressed is that the new generations are willing to preserve and continue the work that millions of Cubans have built over more than 50 years.

Over several months, more than 60 thousand comments collected across the country were reviewed and served as the platform for the contents of the UJC Congress.

Without a doubt, Cuba’s youth vanguard represents and defends the interests of all young people across the country, and it is willing to defend what the revolution has accomplished and struggle to reach new goals, aware it is not only the future but also the present of the homeland – that this Congress speaks, not only for the UJC, but for all young people in Cuba.