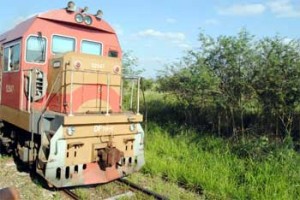 HAVANA TIMES — This is another chapter of our vacation at a “Campismo Popupar” campground in Cienfuegos Province. Chronologically, we should have started here, but we’re no less crazy than the rest of this crazy world.

The “Campismo Popular” is an inexpensive recreational alternative here in Cuba. The original idea is — like most original ideas in Cuba — that of our commander-in-chief, Fidel Castro.

In recent months, Cuban television has put so much emphasis on the improvements being made to rail transportation, that its eloquent words convinced my friends and me to choose this mode of transportation over the more expensive Astro busline, the sole government “alternative” for inter-provincial transportation.

We boarded the train in the morning and passed through the ghost towns to the south of Havana but, surprisingly, the massive iron locomotive never picked up speed. 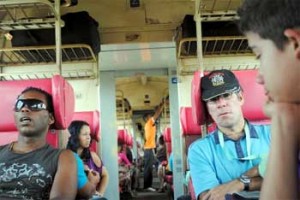 One of us asked the driver about the duration of the trip, which we found out would take ten hours! Ten hours to get to Cienfuegos, though it’s located less than 190 miles from the capital. Only the fear of the justice prevented my mates from climbing out the window – and inevitably fall into a thicket of the thorny marabou brush.

I suggested that everyone just relax and take advantage of this chance to see the villages across the countryside, chat with their folksy people on the train, and taste the fruits – which would surely be selling for next to nothing at each little station. We’d be able to contemplate the beautiful scenery and enjoy the services offered by the staff.

As for the villages in the countryside, after you’ve seen one you’ve seen them all. Spring itself is nice, but it was easier to find a packaged fruit drink than fresh fruit. The landscape was made up of vast plains dotted with marabou brush and dotted with rural boarding schools, with us occasionally running into an old sugarcane refinery still operating or another in ruins. 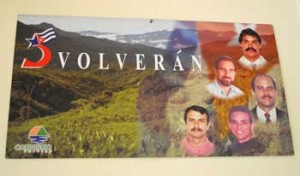 The bathroom was disgusting, and I still don’t understand why there’s such a putrid stench if all the pee and poop falls onto the tracks.

The staff offered us “Cuban-style” ham sandwiches, which is a manner of food service that involves holding the food items in the same hands that handle the money and dig around in various orifices of the human body. Undoubtedly, God is great at preventing epidemics.

We arrived so late in Cienfuegos that it was necessary to catch a taxi to take us to Playa El Ingles. Traveling in the expensive and comfortable car that meandered between arid and time-eroded mountains, for a moment I had the strange feeling that I wasn’t in Cuba – at least until we got to the campgrounds. A large poster of the Cuban Five brought me back to my time and space.

3 thoughts on “A Week on Vacation”