It seems the best is always saved for last, right?  This is because the last article in the book: University Reform, Challenges and Perspectives 90 Years Later was nothing more and nothing less than a speech delivered by Ernesto “Che” Guevara in the University of Las Villas in 1959.

This, along with another speech at the University of Santiago de Cuba, allows one to understand what the Argentinean guerilla’s early position on university reform (I don’t know if it changed subsequently).

Coincidently, Guevara was born and raised in Cordoba, the cradle of university reform.  In addition, like the reformists he belonged to the cultured middle class.  Yet we know that there’s no worse an opponent to the middle class than a former member of the middle class who has “converted” to the proletariat.

Guevara believed, as do I, that any reform is incomplete if the university isn’t put at the service of society; autonomy can become a pretext for its not being accountable for its daily routine.

But through what process did he believe that the university would ally with working people?”

To respond to this question, we can read his words delivered in Santiago de Cuba: (the highlights are mine)

“The state is the sole entity at this time that can specify with some certainty what will be the number of students necessary and how those students will be directed into different majors of the university.

“… if the state is the sole agency or the sole entity capable of determining with some degree of certainty what are the needs of the country, obviously the state has to have participation in the governance of the university.

“And the university, engaged in sometimes ferocious battles, struggling fiercely around the word autonomy, as it naturally struggles fiercely** around questions of less importance, such as the election of student leaders, it is in fact creating the ground so that there can be sowed with full fertility that seed that the reactionaries yearn to sow.  And this place, this place that has been in the vanguard of struggles of the people, can become a factor for setbacks if it doesn’t incorporate the major lines of the revolutionary government.

“It is obvious that the integration of the university with the revolutionary government must not cause reaction.

“…  a revolutionary student can never be an enemy, not even an opponent of the government that we represent…”

And as well, at the Universidad de of Las Villas, Che asserted:

“And then we would unfortunately see the government that today represents the majority, almost all of the people of Cuba, not having a voice in Cuban universities to give its call of alert, to give its guiding word, or to express the will, the desires and the sensitivity of the people without intermediaries.

“…nobody else than the revolutionary government, which plans the industrial development of the country from one end to the other, is entitled to establish the characteristics and the quantity of technicians that it will need in a future to fill the needs of this nation…

“… it will train the youth who are studying in the country so that each one, in the immediate future, can take up the position they’re assigned, and take those without hesitation.

“…that’s why I would like for you, today the owners of the university, to give it to the people.  I don’t say that as a threat so that tomorrow they don’t take it from you.  No – I’m simply saying this because it would be one more example of the so many beautiful examples that are being made in Cuba, if the owners of the Universidad Central de Las Villas, the students, gave it to the people through their revolutionary government.” 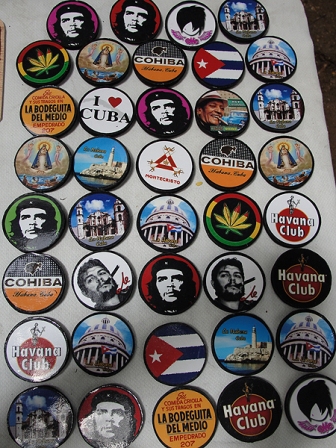 Through these words we can understand how Ernesto Guevara conceived of the relationship between society and the university, the key point of reform.

The formula of the guerrilla is, in a simplified way: This victorious government, which represents “the majority, almost all of the people of Cuba,” should guide the university so that it works at the service of the people.

It wouldn’t be bad if the state-government had not become one that (in the view of Che and with his help) started destroying all the mechanisms for its control by civil society.

It wouldn’t be bad if the working class was truly the possessor of an epistemological superiority as affirmed the Marxism that Guevara understood.

It wouldn’t be bad if guidance had not been transformed into imposition, and into the demonization of those who think differently, as Che himself did in these speeches.

It serves nothing to sometimes use soft and conciliatory expressions like the “integration of the university with the revolutionary government” or “participation of the state in the governance of the University” and then use words having to do with control.

I can’t tell if it was naive or something else to think that a state-government like that, which was helping to take control of the revolution, could have been integrated or have participated in the governance of the university or any other institution.

It also supposes the students in a very submissive position.  They were supposed to accept without hesitation the jobs they were assigned – consistent with their being humble citizens who the revolution had allowed to attend the university.  Could such a notion be further removed from the reform?

In conclusion:  Guevara struggled against the independence of the university in relation to society, and that’s all fine and well, but he did it by throwing the university at the feet of such a powerful and authoritarian government that ended up not respecting it, neither the university nor its students.

Perhaps because of that statist, populist, paternalistic and verticalista (top-down) vision of Guevara that the book by CLACSO leaves him for the end because he concurs perfectly with the mentality of the ruling elites (so-called revolutionaries) of the Americas today – those with whom  CLACSO maintains…what relationship?

**  “To struggle ferociously”: it seems that the students of that time were still struggling ferociously for something.