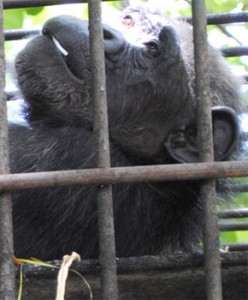 HAVANA TIMES — The deplorable Havana Zoo is an institution that teaches contempt for animals.

Imprisoned in small cages, in an environment reeking of feces, there one finds animals lying exposed to the aggression of weather and visitors. You don’t have to be a specialist to understand their level of distress.

Children visiting the park are given a basic lesson of insensitivity: that the different or inferior can be mistreated as one wishes.

Elsewhere in the world, animal protection societies prevent or obstruct the interests of governments and businesses.

But in Cuba, for the same reasons that there scarcely exists a civil society, nor is there (as far as I know) a humane society to criticize and openly oppose what is happening for all to see at the 26th St. Zoo in Havana.

It’s therefore surprising that a country that lacks the legal and financial resources to protect animals was the recent recipient of 146 exotic mammals donated by the African country of Namibia from nature reserves in that country. The project is called “Noah’s Ark II,” and the animals begin arriving in October.

Various organizations have strongly criticized Namibia for this donation, but Miguel Abud Soto, the director of the zoo that will host mammals (the National Zoo on the outskirts of the capital, not the Havana Zoo), told reporters from the Namibian press that the animals will enjoy semi-liberty.

The National Zoo is certainly different, at least in concept, from the Havana Zoo, but Soto Abud would have been more accurate to say that the cage will be more comfortable and outdoors. 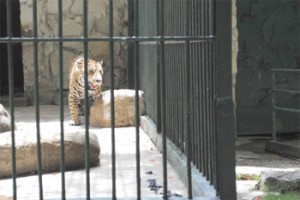 The newspaper Juventud Rebelde (Rebellious Youth) reported this news in a festive manner, without any reference to the international protests, with no mention of the danger posed to the creatures by the journey, nor a word about the deplorable state of our zoos, etc.

In other words, Juventud Rebelde didn’t question the decision in the slightest, because the same people who made that decision are the same ones who control that daily.

The shipping of animals from Africa to zoos all over the world is one of the factors contributing to extinction and the depopulation of natural reserves, which since 1970 has seen a 60 percent decline in the mammal population in their countries.

1 – One of the protests came from the South African Society for the Prevention of Cruelty to Animals (NSPCA). In their statement, they said: “It is sad that these animals will be removed from their natural habitat and sent to a foreign country where they will be deprived of their liberty and will become totally dependent on humans.”

2 – The opinion of Cubans with respect to the treatment of animals in the zoos in this country was well reflected in the comments section of Juventud Rebelde.

3 – In the picture you can see an adult chimpanzee lying down. What probably is difficult to notice is that it has the plastic sucker stick in its mouth and is holding a can of cola in its hand.

4 – A green and dirty pit — full of cans and plastic bags — is the filthy puddle is the sad hole around where a bear lives.