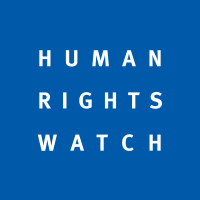 At the end of July, Human Rights Watch (HRW) was news in Cuba again. The non-governmental organization questioned the Obama administration for not legally prosecuting George W. Bush and other high officials associated with him.  The crime?  War crimes and torture carried out under his command in the wake of the September 11, 2001 attacks.

What did “our” media do?

The Cuban press reported on that news as if nothing had ever before been mentioned about HRW here.

Nevertheless only one year ago this same organization was news in Cuba after the presentation of a report (A New Castro, the Same Cuba. Political Prisoners in the Post-Fidel Era. November 2009) decrying an increase in repression against opponents of the Raul Castro government.

In response to the report, the official Granma newspaper (of November 19, 2009) published an article by Juan Diego Nusa Peñalver denying the statements by HRW.  Moreover, the paper went on the offense in its own defense:

“Like this, turning to science fiction [referring to HRW], and with its eternal disguise of a non-governmental organization…”

“HRW, with the genuflecting of Jose Miguel Vivanco as its director, is the doer of evil against all that smells of independence…”

“The United States cannot break willpower by way of pressure, not even with the servile collaboration of organizations like HRW.

“HRW knows, despite its apparent dependence on Yankee imperial policies …”

I’m not putting my hands in the fire for HRW for the simple reason that I’m not that familiar with it; but it seems to be anything but an organization that genuflects, given the manner in which it faces and questions the most abhorrent individuals and institutions (including the CIA) of the most powerful empire in the world.

And if it’s not “pro-Yankee,” the sole argument wielded by the spokespersons of the Cuban regime falls on its face, strengthening HRW’s report claiming repression against the dissidents.

Since 2009 there have occurred very favorable events in the human rights environment here, such as the release of those arrested during the “Black Spring” crackdown (2003).  Notwithstanding, the legal, police, political, and mental scaffolding that led to those regrettable acts remain intact.

Thus there is nothing to prevent another round-up of opposition members.  That’s why, and because I find it more credible now, I’ll keep my eye out for future HRW reports.