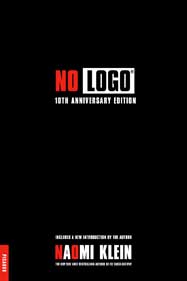 HAVANA TIMES — In an attempt to understand modern capitalism, I learned a lot about “socialism” here in Cuba from the progressive Canadian researcher Naomi Klein.

The Shock Doctrine, one of her best known works, reveals how certain power elites intentionally generate social crises to implement dramatic changes. Their goal is to achieve widespread generalized political regression whereby people lose their nerve, quit struggling and submit to the free market reign of those same elites.

A few days ago Cuban television viewers saw “No Logo,” a documentary based on Klein’s book of the same title. The film shows how commercial firms experiencing unbridled growth have been replacing the public sphere.

A mall isn’t just a large collection of stores, it’s also a place for entertainment, relaxation, meeting friends and strolling. The only hitch is that — since it is ultimately a private space —certain activities aren’t allowed there (such as protests, filming freely, etc.). That’s what the streets are for, if they haven’t been privatized as well.

The height of this tsunami sweeping away the public sphere, the researcher believes, are towns being developed by firms in line with the lifestyle associated with them. The example presented is Celebration, a Florida town that is without billboards, for example, only because everything is under the control of the Disney Corporation.

But if Klein had continued her journey southward, a few miles beyond Florida, she would have stumbled upon a place where the screw has been turned even tighter.

Throughout “socialist” Cuba there is no public space where one can protest freely or film since “the street belongs to Fidel and the revolutionaries.” Here, private walls and fences aren’t needed since they are erected around and through the entire nation (the exception is, perhaps, inside houses).

Klein complains that firms hire cheap labor in the Third World, paying workers less than a dollar a day, not allowing unions and achieving their goals using methods of persuasion that accept the suspension of labor guarantees as natural.

As a professional who has worked in various institutions of the Cuban state, I don’t ever remember receiving take-home pay of more than a dollar a day, or where unions really protect the workers.

Where the salaries were a little higher, the Enterprise Improvement Program gave the green light to the bosses to fire whoever they consider “unsuitable”. (I’m speaking in the past because this was my previous experience, but that system still exists.)

I think if Ms. Klein were to visit here – and if the same thing that happens to leftists regarding Cuba doesn’t happen to her – she could find inspiration for her next book.
—–
Note: Surely there are places that are worse. If you know of them you can take advantage of the comment section to denounce them.

5 thoughts on “Power Elites Here and There”