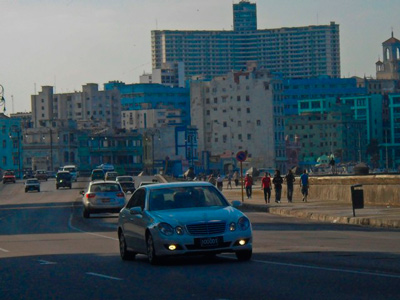 HAVANA TIMES — This week President Obama surprised us with the inevitable: he put in motion what is sure to be a long and arduous 180 degree turn of U.S. foreign policy toward Cuba.

Here in Havana I came to the quick conclusion that Cuban media outlets were caught completely off guard.

The newspapers went to press without knowing about the prisoner exchange or the diplomatic overtures. Television news was dominated by broadcasters who seemed unsure of exactly what to report, other than the fact that the last of the Cuban Five prisoners were home.

Even by the evening broadcast of the Mesa Redonda, Cuba’s version of a news pundit round table, the commentators were still trying to speak without actually saying anything since they obviously had not received an official party line. I have a feeling that not even the people in charge of writing the party line knew the extent of the changes proposed by President Obama before he spoke.

President Castro’s speech was dominated by the themes of sovereignty and achieving justice without sacrificing Revolutionary values. He made it clear that the last 3 of the Cuban 5 were traded for an American intelligence asset that was imprisoned in Cuba. 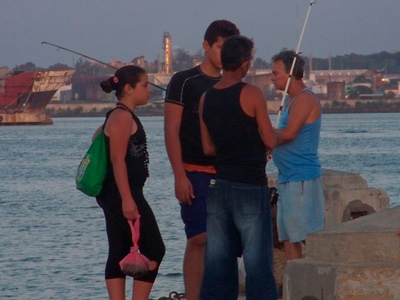 This prisoner swap was a clever bit of diplomatic chess by whoever pulled it off. This yet to be identified intelligence asset gave a solution to the problem, allowing a spy for spy trade and subsequent release of Mr. Gross on what were technically humanitarian grounds. I’m sure no one had a bigger surprise yesterday than the unnamed asset as he or she was taken out of a Cuban prison and put on a plane for the United States. Good morning indeed.

For the most part everyone I work with in the Salvador Allende Hospital lived the day as any other.   When I tried to change the channel from the baseball game to the news a bunch of guys in the hospital cafeteria shouted. In fairness we are close to the playoffs.

So instead I had to run to a friend’s house, also a foreigner here, to watch President Obama talk on live television. The befuddled real time translator of TeleSur sort of mumbled over the parts of the speech that were critical of the Cuban government.

But in the end the President was more explanatory than critical, and even conciliatory to the fact that United States policy toward Cuba has failed. Diplomatic relations will be established, the embargo will be slowly dismantled, and bilateral cooperation will move into previously off limits territory. 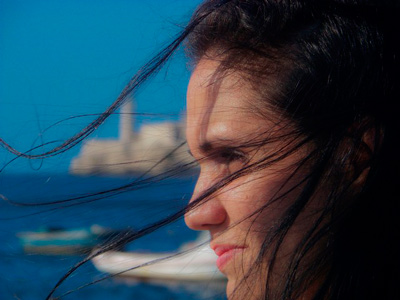 At this point I knew the hardline, anti-Castro community in South Florida must have been fuming. I’m sure that some people’s anger boiled over into frustration in trying to figure out exactly whose flag to burn in protest. In an otherwise ordinary Wednesday morning they lost control of the U.S. policy toward Cuba they have maintained for the past 55 years. The President tried to pay homage to their struggle with his words but the wounds will remain open for years or decades to come.

Staying in Miami a bit longer, I know many people view the Cuban-American community as largely unmovable in their opposition to the Communist Party in general and the Castro brothers in particular.

However I find they are more dynamic than even they give themselves credit for. When I was first reading about the Latin American School of Medicine almost 10 years ago I came across several news articles about how the Cuban community was trying to pass legislation in Florida to prohibit licensure of United States citizen who graduated from the Cuban medical program I am currently enrolled in.

Then a few years later in 2006 the United States Citizen and Immigration Services Director Emilio Gonzalez, himself a Cuban immigrant to the United States, oversaw the creation of the Cuban Medical Professionals Parole Program. This program has given fast track U.S. Residency status to almost 5,250 doctors who left their official Cuban medical missions to immigrate to the United States. 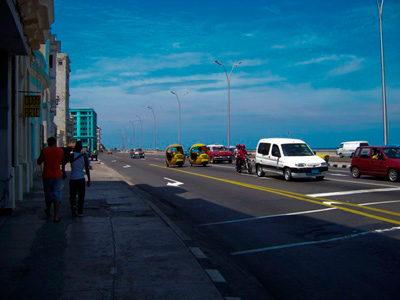 Now in 2014 these thousands of Cuban doctors are finding out that the process of becoming a licensed practitioner in the United States is grueling bordering on impossible. In response they have set up organizations such as Solidarity without Borders with programs like “Ready to Help”. These organizations propose to make it easier for Cuban graduates to become licensed in the United States, a move that is completely opposite of what they were proposing only a few years earlier with the American graduates from Cuba.

Obviously the campaign is a long shot, but it does prove that policy changes can provoke dynamic responses from the Cuban-American community.

Strangely absent during Wednesday’s developments was former Cuba President Fidel Castro. The only video I saw broadcast of the Historic Leader of the Revolution was a clip from 2001 where he declared “Volveran!” or “They will return!”. A declaration in reference to the unjust length of the prison sentences of the Cuban 5.

Now with the return of the 5 “Volvervan!” will become yet another historic Revolutionary cry of defiance, right up there with his famous “History will absolve me!” coined over 60 years ago. Look for a book of the same title in the coming months.

By evening time I was intrigued enough with the day’s events to go use internet at the state run internet café. On Facebook I saw that several people who also blog, write, or just follow Cuba news from Cuba had proposed to meet at the corner of 23 and G, a popular park in the heart of the Vedado neighborhood at 5:30pm that night.

I rode by on my bike to scope out the scene at the park after leaving the internet café. About 30 young people were gathered and talking in groups. When I went by an hour or so later the number had dwindled to about a dozen. It is December, and most Cuban’s priority is having enough money to throw a rockin’ New Year’s party with their friends and family. That hasn’t changed.

21 thoughts on “A Big Surprise from Obama”