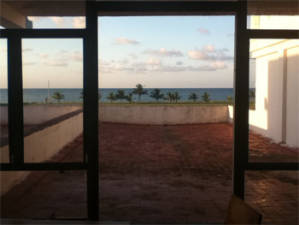 After nearly two years in Cuba I’ve met a few people, mostly university educated, who have left to work outside the country or have short term plans to do so.  This is the exact opposite of my decision to come here and sometimes make me feel as if I missed a very important memo.

The paradox is further confused when I meet the occasional Cuban-American that has returned from the United States to study medicine in Cuba.

Even though these situations are very different they share a common decision: to leave ones home in pursuit of opportunities in foreign lands.  And then sometimes back again.

There should be at least two themes in a contemporary discussion of why people choose to leave their homes and how that rationale is changing.  First is the economic crisis in Europe and the United States.  If it is not worsening it is at least stagnant.  The second is immigration.

In my country individual states continue to implement laws making life more difficult for people without permission to live in the United States.  Alabama was the latest to join the club that Arizona started; now mandating that parents present a U.S. birth certificate to enroll their child in public schools. 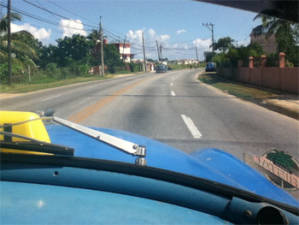 In Europe there is continued indecision on what to do with the tens of thousands who fled the revolts in North Africa and the Middle East this year.  The only consensus on the issue is that further arrivals must be slowed, if not stopped.

Of course people sneaking into the United States or fleeing multidirectional violence in the Middle East are not immigrating under the same circumstances as college graduates (well, at least most of the time).  However it would be improbable to say that everyone who is immigrating these days does not take note of these very highly publicized problems.

It’s not the poorest who will emigrate

Given the above themes I believe that, on the aggregate, people with money will displace those who have little or no money as the most likely to explore opportunities outside of their homelands.

On the other hand, people with money can invest in education, volunteer work, and low paying or no paying internships abroad.  With so much already invested in their success taking opportunities abroad is worth the cost of the opportunity.  Of course the biggest job growth for the highly educated and bureaucratically competent demographic will probably be occurring in countries other than the United States and the Europe economic union.

Living full time at a medical school with students from more than 84 countries gives me a diverse sample to float these ideas by.  One anecdote that quickly enters my mind is a conversation last week with a Brazilian classmate.  His brother lives without documentation in the United States.  When I asked if he knows other people who have done the same as he brother his reply was quick.  Yeah, he said, but that was a few years back, now it is way too difficult to get into the United States illegally.  Besides, he added, his brother was thinking about going back to Brazil.

But what about Cuba?  As usual, Cuba is an outlier in the above thought experiment.  Income and opportunity gaps certainly exist in the country, but they are not big enough to allow for such a clear division of immigration as I outlined above. 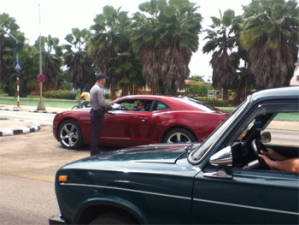 But what if the changes being made in Cuba actually bring about change?  Foreign companies are supposed to be employing more Cubans soon.  Land will be leased for more non-state tourist enterprises.  Cubans will begin buying and selling more of their assets, such as cars and houses, to one another.

Cuba has done a descent job of educating its general population and maintains high standards for the most precise tertiary education degrees.

One is left to wonder that in a Cuba where the state has to compete at home and abroad with attractive job offers for its top minds that institutional requirements such as the three years of mandatory social service for university graduations will have an attenuated future.

Last summer saw the cancellation of the student summer work brigades that had been part of the Revolutionary education system for decades.  What else will have to change for the Government to remain an attractive employer for graduates with increasingly more options?