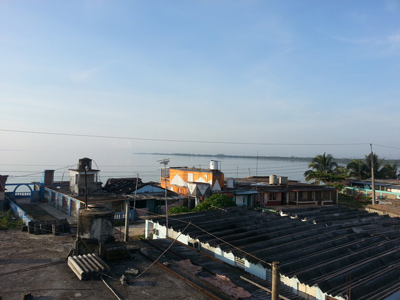 HAVANA TIMES — When the history of how Cuba entered the globalized marketplace is written healthcare will be the principal protagonist. From exporting doctors to pay for Venezuelan oil and the Brazilian financed international super port at Mariel to entering the international medical education marketplace and the dynamic use of human resources in healthcare has become the most globalized feature of the Cuban economy.

When I arrived to Cuba there were very few medical students who paid to study here. Education, room, and board were paid for by the Cuban state.

All of that started changing in 2010. Soon after I arrived Raul Castro’s ministers began making economic changes to try to get more foreign currency income into government coffers.

It must have been during this time when the decision was made to make the medical education system into an income generating state enterprise.

The changes were evident to me by the shrinking numbers of new students sponsored by the Cuban government. The number of new students entering the Latin American School of Medicine on full scholarships fell by 50-60% a year from 2009 to 2012. 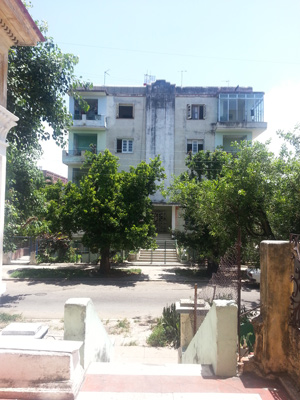 After 12 years of providing over 10,000 free scholarships to medical students from 100 countries, including myself and almost 200 fellow US citizens, Cuba’s international medical education has moved quickly towards becoming an income driven state enterprise.

A gamut of specialties is offered, from family medicine to radiology to surgery. Specializing in Cuba will set you back 15,000-20,000 CUC a year depending on the specialty and the quality of hospital you choose to study at (for example, institutions cost more than provincial hospitals).

At the conclusion of Cuban state biotech company Labiofam’s annual conference a few weeks ago the Scientific Council of the Las Villas Province Central University “Marta Abreu” published a resolution against the promotion of pseudoscience by Cuban institutions.

The authors wrote their resolution in defense of the scientific method and in support of rigorous scientific thought and investigation that has been promoted in Cuba since the Triumph of the Revolution.

Their claim is that the marketing of homeopathic therapies, such as Labiofam’s world famous Vidatox, undermine the very doctrines of evidence based medicine that the Cuban system is built upon.

However, Labiofam has found that marketing watered down scorpion juice pays more bills than adhering to the basic tenants of science.

The economic success of Vidatox must have been noticed at the Finlay Institute, a Cuban state biotechnology and microbiology institute. Two weeks ago we received instruction to begin administering a “treatment” called TratHo to all patients with suspected cases of Dengue fever in the Salvador Allende Hospital. 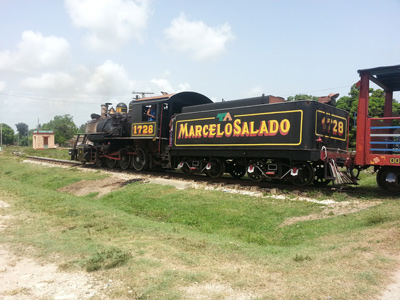 TratHo is a homeopathic “medicine” which, like most homeopathic products, is just a mixture of 70% water and 30% ethanol with some other compounds diluted down to undetectable, and completely inactive, concentrations.

Why an Institute named after Dr. Carlos Finlay, whose extraordinary work made it possible to eradicate Yellow Fever from many countries, would resort to peddling pseudoscience is quite the contradiction.

However with the commercial success of other Cuban homeopathic “remedies” there is a desire to cash in rather than continue in the work started by the good Doctor Finlay.

Even though the Cuban health system was on life support during the worst of the Special Period crisis of the 1990’s, it continued the training of a large healthcare workforce that gave Cuba the exportable labor surplus to participate in the globalized economy today.

While there exists a major humanitarian mission in the forefront of Cuba’s worldwide medical solidarity brigades, such as the recent commitment to fight Ebola in West Africa, the government of Cuba also receives payment, in cash or in-kind, for most of its overseas medical collaboration.

This income is essential to keeping the Cuban economy functioning, not only increasing resources for the Cuban state, but also allowing Cuban doctors to earn much more money than they earn in Cuba.

Healthcare workers returning from mission abroad bring capital into Cuba, an important part of increasing ordinary Cuban’s purchasing power without having to have an awkward discussion with Cuban workers about increasing their state salaries. 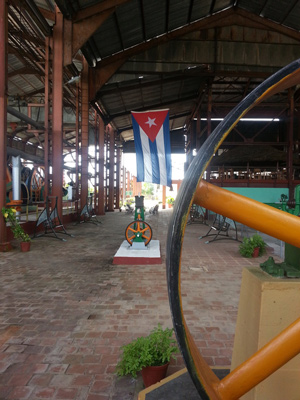 This efflux of Cubans to work in foreign lands has created a demand for more healthcare workers, and the education sector is responding by drastically increasing enrolment numbers.

This school year incoming medical student class sizes has grown by over 300% in some universities.

To entice more students toward medicine the grade point average required to enter a medical study course has been lowered, students are told they can probably work abroad after finishing their degree, and the obligatory 2-year military service has been eliminated for students studying medicine.

The Cuban sugar industry still has not recovered from its 25 year old collapse. Other industries, such as petroleum exploration and the port in Mariel are still struggling to get off the ground. Tourism continues to grow, but comes nowhere close to competing with other Gulf of Mexico/Caribbean markets such as the Bahamas, Dominican Republic and Cancun.

Medicine is the standout example of smart globalization by the Cuban state. Be it importing medical students, selling homeopathic remedies to naive upper-class consumers, or exporting medical personnel abroad these economic activities have proven capable of creating much need foreign currency income for the government as well as individual Cubans.

In light of this economic boon Cuban health services and education have taken on dynamic personalities absent in other, more stagnant, sectors of the Cuban economy. What remains to be seen is just how far this global economic triumph story will be allowed to change domestic Cuban policy.

7 thoughts on “Cuba Earning from Education”