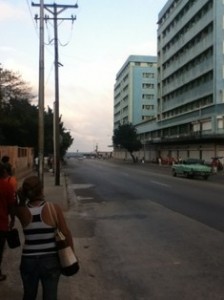 HAVANA TIMES, 7 feb — Reporting on Cuba must be an agonizing task for those opposed to the rule of the Revolutionary Government.  These voices, often originated in South Florida and echoing in the halls of the United States Congress in Washington, D.C., routinely oppose free travel to Cuba by Americans on the auspices that any money spent in Cuba will support their antagonists.

The failure of that bill to be approved by Congress solidified the new status-quo.  Travel to Cuba for family members, religious organizations, educational and agricultural groups was protected.

It did not take long for American reporters who have an ideological opposition to Socialism to take advantage of their newfound ability to travel to Cuba under the auspices of a People-to-People Visa rather than a Journalistic Visa (the latter would have been subject to Cuba also granting permission).

Of course by coming to Cuba as tourists they must have somehow gotten over their angst that their dollars are being spent to support the Revolutionary Government.  Perhaps they were not so serious when they made that argument in the first place.

Fox News recently sent Michael Goodwin to do an opinion piece on Cuba.  The article, “Will we ever see a Cuban spring?” (http://www.foxnews.com/opinion/2012/02/02/will-ever-see-cuban-spring/), was an echo of Republican candidate New Gingrich’s call for the same at a debate 3 weeks ago in Florida and predictable right-wing critique of the conditions of present day Cuba. 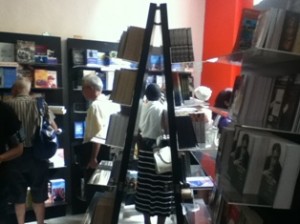 To Mr. Goodwin’s credit many of the observations he made were not fabricated.  Horse drawn wagons are popular modes of transportation in the country side.  Old buildings in Havana do collapse.  People complain about not having money.  However, he was incorrect when he said that Fidel Castro was still head of the Cuban Communist Party.  Mr. Castro stepped down as First Secretary of the party last year.

Perhaps a factual error can be written off as a novice mistake.  The real problem in the Fox News Opinion Editorial is that the reporter only used his observations in Cuba to reaffirm his attitudes toward Socialism.

The primary criticism levied against Cuba was introduced with a quote from British Prime Minister Margaret Thatcher, “The problem with Socialism is that you eventually run out of other people’s money”.  This may very well be true now, and it was definitely true in 1989.

However that problem of limited resources is not exclusive to Socialism.  The United States has public and government debts totaling 99.6% of the Gross Domestic Product, or about 15 trillion dollars.

Good thing Mrs. Thatcher is not around to see that even American Capitalism can spend, and run out, of other people’s money just like the socialists.  That is precisely what happened to the United States financial sector in 2008, when they had spent so much of their investor’s money, and poorly at that, they had to go to the government for a bail out.

But we are talking about Fox News and it is possible that their readership doesn’t want, or need, to hear that part about the United States running out of money.  In opinion articles such as this one, and Mr. Goodwin’s, we can make whatever analysis we want.  If we want to tailor it towards an audience in South Florida or in the Ministry of the Interior in Cuba we can very well do so.

But in Cuba internet access is (slowly) becoming a question of “when” rather than “if”.  More tourists, including from the United States, are sharing dollars and ideas with locals.  The result will be more complex and experience based opinions of each other.  Perhaps this is what those opponents of open travel, be it to or from Cuba, are actually afraid of.

3 thoughts on “Reporting on Cuba for Those Opposed”