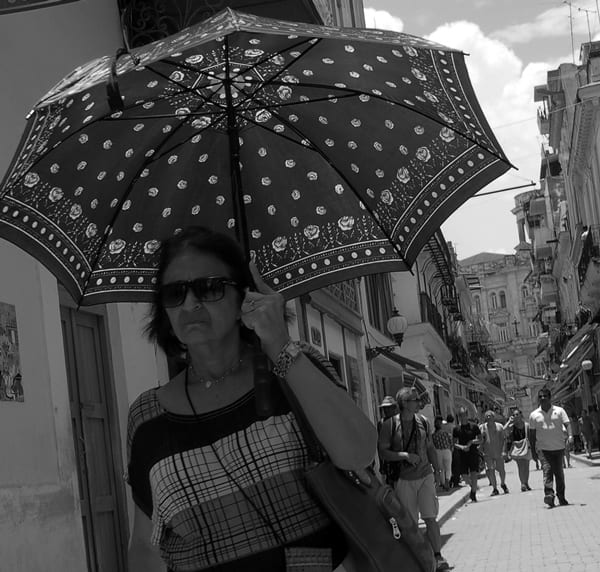 HAVANA TIMES — Concerned about the intense summer sun, I paid 8.40 CUC (9.85 USD) for an umbrella, which would be 210 Cuban pesos if we were to convert it into national currency. When I was at my most happiest, a friend reminded me that the umbrella might give me shade but, it doesn’t completely stop ultraviolet rays passing through.

The best thing would be to also buy sun protection cream, which is almost impossible because our industries don’t prioritize manufacturing it. At stores, Cuban sun cream is the cheapest but it’s really hard to find. What you can find more frequently are foreign brands which range from 12 to 32 CUC a tube. A similar thing happens with sunglasses, the ones that come with UV protection cost quite a bit for an ordinary Cuban’s pocket.

Clothes in Cuba are also relatively expensive both in state-owned and private stores, because independent workers need to pay high prices for fabric.

In short, everything has been planned so that Cubans are at a constant risk of suffering from skin cancer. It’s painful to see people walking under the sun at all hours of the day; the majority not even aware of the risk they are taking.

Lack of awareness is the worst thing about all of this

In summer, very few people decide to cover their skin; the majority prefers to expose it. We don’t know which is worse; those who try to protect themselves from the sun don’t know which fabrics are better suited for this purpose. People commonly cover themselves with cool, light-colored fabrics, however, it’s the dark and thick fabrics that best protect the skin against ultraviolet rays.

A trip to the shops confirmed our ignorance when it comes to looking after our skin. When I asked: does this umbrella provide protection against ultraviolet rays? There were many funny looks. A salesman told me: “we are in Cuba, we don’t need any of that here.” The rest of the people there smiled, I imagine his response had a good dose of irony, even so, it is still shameful that we are playing with our health like this. There was that someone among the customers who always says: “listen, umbrellas protect you from everything that comes from above.”

At a department store in the Carlos III shopping center, a pair of sunglasses in their leather case can cost more than 100 CUC. According to the saleslady: “these sunglasses have everything”, referring to UV protection and the price. In other stores, you can buy some for 10 CUC sometimes, which are less sophisticated and with the UV protection sticker. However, when people go to buy sunglasses they normally never pay much attention to the sticker but rather to how they look, that they cover their eyes from the sun and are fashionable. That’s why a lot of people get by with 3 or 5 CUC sunglasses which, of course, are a temptation because of the price. This brings a lack of information, it’s worse to trust that you are protected, as trusting, you expose yourself more to the sun; ultraviolet rays can cause cataracts, eye cancer and other kinds of skin cancer, especially in the eyelid area.

National media and press belong to the State and the Public Health Ministry has concrete facts about the diseases that we complain about the most. Why are the Cuban people not being told the real risk we are taking then?

In order to learn about the evolution that skin cancer has had in our country, all you have to do is take a quick look at the Annual Health Statistics; which are the figures we have at hand. According to these statistics, the number of people who get it has multiplied by 4 since 1994 up to the current day: from 2559 cases it went up to over 10,000 in 2013. It was the second on the list of top detections among the population for many years, and it is now at the top of the list for both sexes ever since 2010, leaving lung cancer behind in the case of men, and breast cancer behind in the case of women.

However, on the other hand, the State spends millions of dollars on getting a hold of cutting edge technology, the latest medicines, supplies, specialist qualifications, etc. It organizes workshops dedicated to updating treatment techniques and the diagnosis of skin diseases. It is currently running Heberferon trials on patients in every province of the country, a drug that has been created by Cuban scientists which must have been extremely expensive.

Every February 4th, the day that has been globally dedicated to the fight against cancer, the campaign known as “Mole Day” takes place. On this day, early detection appointments are held not only at health institutions but at schools, factories, military bases, etc.  In February this year, the National Coordinator of the special group that works with skin cancer, which belongs to the Public Health Ministry, claimed that incidence rates in the country increase by 9,000 patients per year, even though mortality rates are low. Nearly every specialist recognizes the fact that the main trigger for skin cancer is sun exposure, mainly to ultraviolet radiation.

Twice a year (in February and at the beginning of the summer holidays), government recommendations are repeated: avoid the sun when rays are at their most intense – from 10 AM until 5 PM, use dark-colored clothes that cover you, use hats, dark sunhats and umbrellas; use sun cream and walk in the shade as trees protect you from ultraviolet rays by 60-70%.

So, if the statistics about the growth rate of this disease are alarming and experts know what we have to do to prevent it: what is going on? 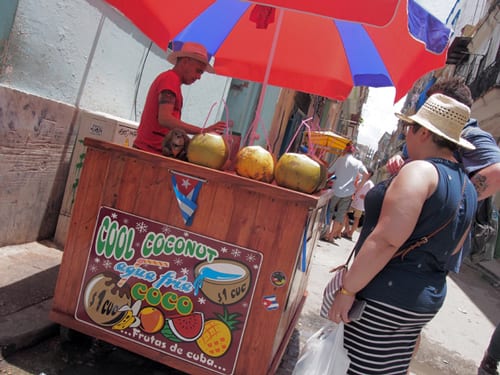 Why isn’t the State organizing constant campaigns with real and objective information, to raise the culture of health within the general population? Not everybody has access to these Annual Statistical Reports, most people don’t even know they exist, that’s why very few people know these figures.

Why isn’t the State giving priority to sun protection cream manufacture and selling it at a modest price?

Why is the price of products that might be able to contain a landslide of sick patients in check a little still high? We have to keep in mind that in Cuba, these products need to be used constantly, this isn’t just about using them that day you go to the beach. If we were to think about the amount of sun we expose ourselves to every day at bus stops or in different lines to buy something or to solve a problem, we would realize that we are talking about medicine, not luxury items.

Why does the State prefer to cure rather than prevent? Isn’t it better to invert this focus?