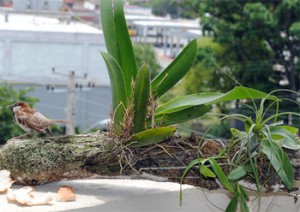 HAVANA TIMES — On the warm evening of July 3, a piece of news shook my daily routine. I received an email announcing the death of the youngest child of a friend. Distraught, I wanted to know more, to talk and mourn with her, or just be by her side, but the distance makes that difficult.

Although I wrote her a line, I doubt she’ll read it any time soon, maybe never, because when terrible things happen, no one is ever the same person again.

In the face of such pain, what importance could I possibly have? Me? – a virtual friend (although we know each other by mail, we’ve never actually met). For a long time I hated the Internet for reminding me how far I am from so many of my friends.

The night was long and stormy, I spent it running but I don’t know where to…maybe to the funeral home, like I did 15 years ago when the son of my friend Tania died.

Tania had a bad life — domestic abuse, rape and arguments — but even all of that wasn’t enough. Just when she had a little emotional respite, death came knocking and Kevin was taken away from her.

Together with Tania, I suffered through the painful funeral. I saw her hold onto the little coffin, walk haltingly and cry out. Then, with the passing of time, she reconstructed her life.

Today I woke up early with a hole in the chest, one that prevents me from breathing well. My body aches, as if I’d been beaten. I laid there wondering what would become of this friend of mine, whether she — like Tania — would be able to rebuild her own life.

When I checked the mail there was nothing there from her, but I didn’t curse the Internet; I opened up her personal blog and there she was, smiling with her three children. Fortunately other friends had written me.

I stood out there in the yard for a while, listening to the din of sparrows, before beginning my daily routine.